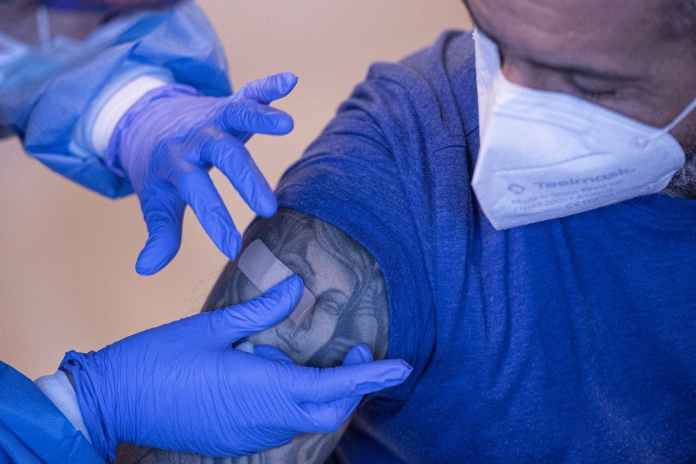 Biontech, Moderna, AstraZeneca and Co. – This is what you should know about vaccines

At the moment, only two vaccines against Covid-19 are approved in Switzerland: Biontech / Pfizer and Moderna. But others could join in the next few weeks. The vaccine overview in the video.

The need for clarification on corona vaccines is growing daily. Christoph Berger from the University Hospital Basel classifies the doubts about the Astrazeneca vaccine and the missing Swiss order from Johnson & Johnson.

When it comes to corona vaccinations, events come thick and fast – not always in a positive way. First there was the back and forth about the Astrazeneca vaccine. Then on Monday the approval authority Swissmedic gave the green light for the Johnson & Johnson vaccine. It is actually good news, but the federal government did not order this at all. And most recently, a serious data breach was uncovered on the meinimpfung.ch portal, which is supported by the federal government.

Not about the data leak, but about the vaccines, Christoph Berger, senior physician and head of the vaccination clinic at Basel University Hospital. As far as the failure to order from Johnson & Johnson is concerned, he takes protection from the federal government: “All countries had to order their vaccines at a time when it was not yet clear which would work and which would not,” he said when asked by “blue News” ».

He recalls that Switzerland secured the two mRNA vaccines from Pfizer / Biontech and Moderna early on and has in the meantime also reordered them. We thus had the most effective means of combating the coronavirus at our disposal. “In retrospect, of course, it is always easy to see what could have been done better,” says Berger.

“Frustrating when everything goes slowly”

“I understand it is frustrating when there is a lack of vaccine and everything is moving slowly.” But that should change soon, says Berger. The federal government expects that Moderna and Biontech / Pfizer will be able to deliver another 6.5 million vaccine doses in April, May and June.

The BAG top did not want to comment on the status of the negotiations with Johnson & Johnson on Wednesday in front of the media. You generally don’t do that.

Bern has already secured 5.3 million doses of the Astrazeneca vaccine, but approval is still pending. But it was precisely this vaccine that caused a stir last week: After blood clots in the brains of some people near the vaccination, several European countries temporarily suspended vaccinations. Finally the EU and WHO declared the use to be harmless, but soon new doubts arose in the USA about the data presented by the manufacturer.

survey
Which corona vaccine would you trust?

Berger sees no reason for uncertainty: “The Astrazeneca vaccine was tested in the same way as all the others, which means that several tens of thousands of test subjects were involved in phase 3. In this phase, the exact question is clarified whether a vaccine is safe or not. ” Nothing in these studies indicated serious side effects. “That’s why you don’t have to doubt security per se now. Especially since the vaccine has now been administered to several million people. “

“The only safety signal that emerged after approval was these isolated cases of cerebral vein thrombosis.” Although the number of cases is relatively small, it nonetheless represents an accumulation that needs to be clarified. “It was therefore sensible that a vaccination freeze was ordered for the time being.”

In the course of the first investigations it has been shown that the risk of such thromboses is extremely low and the positive benefit – the prevention of severe Covid diseases – far outweighs. “It is therefore also correct that this vaccine is now being administered again – but with the note that cerebral vein thrombosis can occur as a very rare complication.”

In this whole process, the doctor sees mostly positive things: “This is a sign that the system is working, that even after approval, attention is paid to alarm signals and suspected cases are carefully analyzed.”

Skepticism towards Astrazeneca is growing

In many European countries, however, skepticism is growing. After the vaccination ban, a majority of people in Germany, Spain, France and Italy consider the Swedish-British vaccine to be unsafe. This is shown by a new survey by the British institute Yougov.

Of course, the back and forth made the population sit up and take notice, but Berger does not feel any lasting uncertainty in his everyday work: “Overall, I have the feeling that trust in the corona vaccinations is very high.” That can be seen in the number of people who wanted to be vaccinated. “I believe that the way the pharmaceutical authorities deal with these incidents should rather strengthen general confidence in the vaccinations.”

Should the Astrazeneca vaccine also be approved for Switzerland, ideally those willing to vaccinate should be able to choose their vaccine freely, says Berger. Because the funds from Pfizer / Biontech and Moderna are both mRNA vaccines and therefore comparable. “If a vector vaccination – for example from Johnson & Johnson or from Astrazenca – is added, this option would certainly be desirable.” How this can actually be implemented is then a matter for the federal government and the cantons.

Cologne crime scene: ex-homeless talks about reality on the street

AstraZeneca vaccine works better if you wait for the second dose

Developers explain the history of the action role-playing game

Mobility in Germany is falling by 20 percent

Koblenz hits the biggest illegal marketplace in the Darknet – SWR...

Vivendi shares up: Vivendi is negotiating with Bertelsmann about Prisma Media...