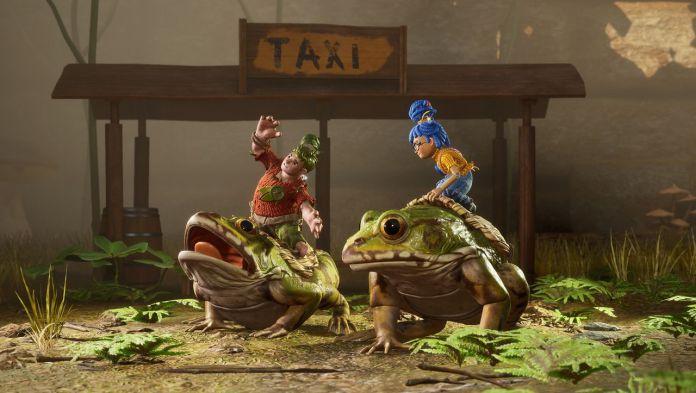 The pandemic has changed a lot in our home as well. Game evenings, for example, now have a completely new status, including games on PC and console. One of our long-running multiplayer favorites was »Overcooked 2«, but the commercial kitchen management degenerated into too much stress at some point. Joint forays through fantastic worlds like that of “Divinity: Original Sin 2” turned out to be too time-consuming. So I was excited about the adventure “It Takes Two”, which combines elements from both types of co-op games.
The game’s story is weird: To prevent her parents Cody and May from getting divorced, daughter Rosie asks Dr. Hakim, a magical relationship advisor, for help. Its radical approach is to transform the quarreling couple into tiny dolls and give them therapeutic tasks. Cody and May want to get out of this mess soon, but as a small doll, pretty much everything in their household, from discarded vacuum cleaners to their daughter’s stuffed animals, poses a threat. The only way out is for both of them to pull themselves together.

“It Takes Two” can only be played in pairs. In order to successfully master the levels, to solve puzzles or to defeat opponents, the players have to work together as a duo. The easiest way to do this is when you communicate well with each other and sit together in front of a split screen.

In the event that you want to play together online, the manufacturer offers the so-called Friends Pass to invite a fellow player without him or her owning the game. However, the game partners have to use the same system, PC and Playstation, for example, are not compatible.

We can only move forward together

The adventure comes at a good time, as co-op games are currently very popular. Classics like “Borderlands 3”, but also newer titles like “Phasmophobia” and “Valheim” offer the opportunity to go on an adventure together, at least virtually, in times of lockdown and contact restrictions.

“It Takes Two” quickly turns into an eventful journey: In each new level, Cody and May are equipped with individual skills, which are often the key to mastering tasks only in combination. Sometimes Cody shoots nectar, which May explodes with a rocket launcher. In another level, May works his way around nails that Cody had previously pushed into the wall. Often you have to experiment with the right solution and try out various possible uses for the special skills.
Such co-op gameplay is the trademark of developer Josef Fares. The former actor and director played a leading role in the creation of “Brothers – A Tale of Two Sons”, an innovative co-op game for single players. He also developed the highly acclaimed “A Way Out” with his own studio Hazelight. This was about working together as a duo to break out of prison.
With “It Takes Two” you quickly notice that the most interesting approaches from “A Way Out” have been refined again. Classic platformer sections, puzzles, mini-games and fights against opponents are lined up in quick succession. Every world through which the path leads has its own character. The requirements in the levels change constantly and the constantly new skills of Cody and May make the game seldom monotonous – although with about 13 hours of playing time it is significantly longer than “A Way Out” for a single-minded run.

The worlds of the game are impressive

If you wander around in the worlds of “It Takes Two”, you will discover many small Easter eggs. The successful environments also make up for the fact that the game’s relationship theme is a little too dependent on clichés. Dr. Hakim always has annoying and inappropriate appearances as a talking book, with an accent that is reminiscent of Latin lover stereotypes.

One can argue about the humorous quality of these sequences, but the considerations behind his therapeutic measures seem sensibly derived and always relate to the controversial issues of the two main characters. The unpunctual Cody temporarily has the ability to turn the time back and forth. May, who accuses Cody of never being home, can clone herself in the same level in order to be in several places at the same time.
A great strength of “It Takes Two” is its accessibility. The game can also be mastered by casual gamers, as they are carefully introduced to the controls and continue to receive tips as the game progresses. So you can dare to try the strange couples therapy in any combination without giving up in frustration. And if you fail at a task, you try again.
There is no life to lose in the game, no records to break. It’s about finding solutions to problems together and facing all kinds of challenges as a team. For a little competition with each other, however, the developers have built in small mini-games that are waiting everywhere on the way and that can also be accessed directly via the main menu. This at the latest makes “It Takes Two” the ideal new addition for our game evenings.

These are the safest airlines in the world

Ice Age between Nicole and Bauer Thomas U.

Philadelphia Flyers find their way back to winning ways against Rangers...

Incidence value rises to over 138 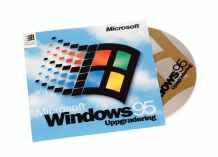 Coronavirus in the Offenbach district: “It can also be difficult for...

The dead gigolo in the power cab – Berliner Zeitung