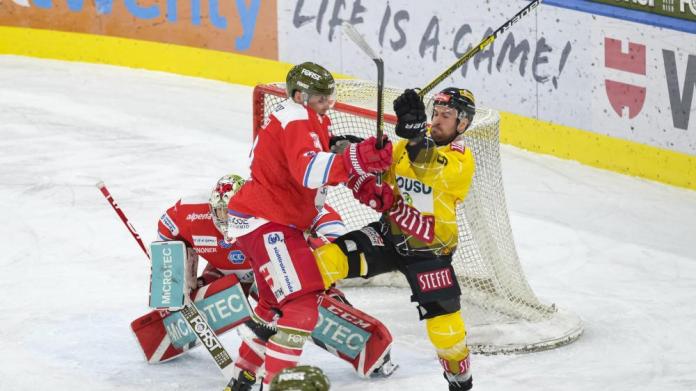 On Sunday, Bozen and Vienna will cross the clubs in the ice wave. © V. Antonello

Even if HCB Südtirol Alperia won the quarter-final series against Bratislava Capitals 4-1, it was hard work. Now the Foxes will be dealing with Vienna from Sunday. Based on the statistics alone, there is no clear favorite.

The Caps and Foxes celebrated 3 wins each in the direct encounters this season, the balance in the previous playoff duels is also balanced. Vienna prevailed 4-0 in the semifinals in 2017, and a year later Bolzano rose with 4-1 victories – also on the way to the later championship title.

Karl Stollery and Domenic Alberga are still out of the pick-round winners Bozen. Defender Dylan Di Perna, on the other hand, could make his comeback. “Against Vienna it will certainly be a body-hugging series. It could also get dirty every now and then. We just have to stay calm and not allow ourselves to be disturbed, ”says HCB attacker Ivan Deluca in advance.

The caps are in a good mood

The Vienna Capitals surprised in the quarterfinals with a sweep (4-0 win in the series) over Fehervar after they had finished the second round in 4th place. The long-term injuries, Colin Campbell and the ex-Bozen-Bozen, Brett Fleming, are to be there again at the Eiswelle (5.30 p.m.) on Sunday at the request of coach Dave Cameron: “Colin will play, with Fleming we have to wait for the progress.”There are also no clear favorites in the second semi-final series between Klagenfurt AC and Red Bull Salzburg. In the season balance, however, it is 4: 2 for the red jackets.

With the SportNews live ticker, you won’t miss a thing!

How the OSA saved the Dakar Rally

Doha GP with Stefan Bradl: “Finally I have clarity” / MotoGP

Lords of the Fallen 2: CI Games’ biggest project to date