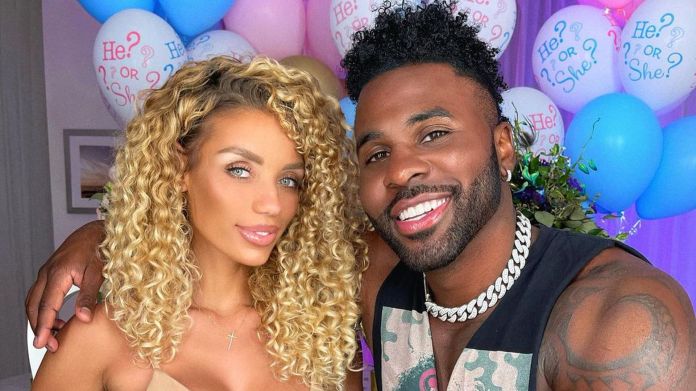 Jason Derulo (31) and Jena Frumes happy about a girl or a boy? It wasn’t until the weekend that the singer and his girlfriend excited their fans with this sugar-sweet news: The couple is expecting their first offspring together and even shared a first baby bump photo. At first they had kept a low profile on further details about the pregnancy – until now! Jason and Jena now announced the gender of their child.

On Instagram The parents-to-be made a big gender reveal party with pink and blue balloons, colorfully dressed dancers and a lot of loud music. While the beauty tapped a girl, was herself Jason sure it’s gonna be a boy. With a huge blue fireworks display, it was clear that the 31-year-old was actually right. “It’ll be a boy!”called Jason totally excited into the camera.

Not only the two were totally enthusiastic about this fact. Within half an hour the video was on Jasons Insta profile already liked and viewed 50,000 times. Many of his fans were sure in advance that it would be a boy. “It will be a beautiful baby”, said one user in the comment column.

March to non-nomination of Stankovic: “incomprehensible”

Arms fair Idex: These kamikaze drones are causing a change in...

Five questions about the Viennese crime scene “Below”: Was that Fredo’s...