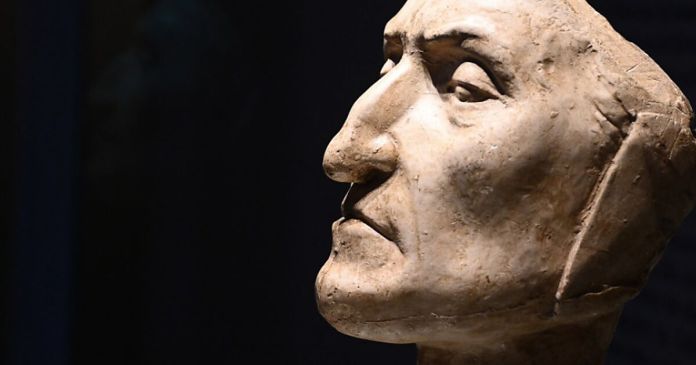 Dante Day was introduced last year on the initiative of the Minister of Culture, Dario Franceschini. “We are only celebrating Dante Day for the second time, but we are already seeing an enormous increase in initiatives in memory of the great poet. And this despite the difficult moment we are currently experiencing,” said Franceschini.

Hundreds of events in museums, theaters, libraries and archives are planned throughout Italy this year in honor of the “father of the Italian language”. “In the future, Dante Day will have an important place in Italian history,” said Franceschini. The Ministry of Culture’s website already lists over 200 initiatives dedicated to Dante and honoring his work. The verse epic “Divine Comedy” is one of the most important works in world literature.

Webinars, digital exhibitions, videos, live streaming, readings on YouTube, seminars, performances, exhibitions of archival documents: the list of initiatives in honor of the Florentine poet is long. The lion’s share is accounted for by the state archives, which have so far been mobilized with 54 events. State and municipal libraries, museums, archaeological parks and even foreign embassies and cultural institutions in Italy are also participating in initiatives to mark the 700th anniversary of Dante’s death.

Dante Alighieri was born in Florence in 1265 and died in Ravenna on September 14, 1321. An extensive festival program is planned in both cities. One of the most important shows should open in Forlì at the beginning of April. Her title: “Dante. La visione dell’arte”. In Rome, the Scuderie del Quirinale museum complex is planning a show called “Inferno”. It should start on October 5th and run until January 2022. Concerts, lectures and tourist “Dante trails” to explore the places associated with the poet are also on the program.

In an interview with the Milan daily newspaper “Corriere della Sera” (Thursday edition), Prime Minister Mattarella emphasized the importance of Dante for today. Dante’s poetry conveyed teachings that are still relevant today, such as the issue of the conflict between justice and mercy.

Ciriaco Sforza: “That is the level of FC Basel”

Stoch is now going on his 3rd tour victory

Frequentis with an order from Dubai