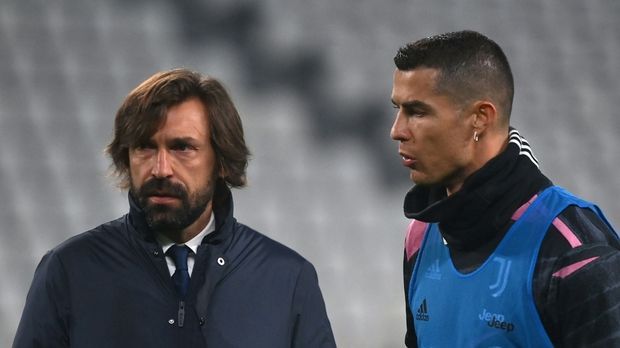 Cologne (SID) – Juventus Turin holds on to coach Andrea Pirlo despite the recent setbacks. After the end of the Champions League round of 16 against FC Porto and the home defeat against the provincial club Benevento (0-1) on Sunday, the Italian record champions in the person of Vice President Pavel Nedved strengthened the back of the 41-year-old.

“Pirlo is and remains 100 percent our coach. We started a project with Andrea and knew that there could be difficulties. We would have expected better results, but difficulties were predictable,” said Nedved at DAZN. Pirlo, who has been in office since August 2020, has the best qualities to be a “great coach”, he added.

Nedved also emphasized that he wanted to keep superstar Cristiano Ronaldo beyond the end of the season. “Hands off Ronaldo! He has a contract with us that runs until June 30, 2022 – and he stays in Turin. We’ll see after that,” he said. Recently, there had been speculation that CR7 would return to Real Madrid.

“Ronaldo has helped us both technically and image. He has scored 100 goals in 120 games. With his tremendous talent and hard work, he has achieved incredible goals,” said Nedved.

Ski World Cup: Maxence Muzaton saves himself from falling with a...

Mickie Krause shows a serious side of himself