Daniel-André Tande had a hard fall while ski flying in Planica. The videos and pictures of the fall were shocking. The Swiss ski jumper Gregor Deschwanden was also there. He speaks to us.

The brutal fall of Norway’s top ski jumper Daniel-André Tande will further overshadow the sporting events at the World Cup in Planica, Slovenia. On Thursday, the 27-year-old was “intubated and mechanically ventilated” after a violent impact in the trial run, in Ljubljana he is now in an artificial coma to relieve his brain.

Norway’s national coach Alexander Stöckl meanwhile has great hope that Tande will be completely healthy again. It is currently assumed that no damage will remain, the coach said. “The first tests did not reveal anything negative.” And: “In the evening he will probably be woken up from the coma. Then, of course, further tests are necessary.” So far, Tande has been diagnosed with a broken collarbone and a slight puncture of the lungs.

The ski jumping world can take a deep breath. Nevertheless: Several ski jumpers are stunned after the horror fall. Germany’s top athlete Karl Geiger, whose third place was a minor matter, looks badly bent and says something like: “This is tragic. It’s a bad story. ” Gregor Deschwanden is also on site in Planica. The Swiss, who had to give up after the 1st round on Thursday and was 33rd at the end, reached 20 minutes the morning after.

“I didn’t see the fall live. I ran out of the stadium just as he was jumping, ”says the 30-year-old. He deliberately did not watch any videos of the fall, only saw a few pictures, he reveals. “They’re enough for me too. I know how such falls work. Ski flying is such a joy, it’s so fun, ”says Deschwanden. And: “And then such a fall happens that brings you back to reality. It shows that it doesn’t take much for the best ski jumpers in the world to fall. It’s just a dangerous sport. ”

When asked how he deals with the fact that falls could happen, he says: “I try to block them out. Because if I lose focus, it becomes dangerous for me too. ” But Deschwanden admits: “At the moment, just before you jump, there is a phase. A phase in which the head wants to fool you. Wants to unsettle you. ” He then told himself again all the important points that he had to fulfill in the jump. “This is important. The positive must be in the foreground. Because if any brain cell finds it necessary to make you feel insecure, then you have to ignore it. ”

The fall was not the first stroke of fate

You can tell that Deschwanden has a plan. A plan that will keep the focus despite the dangerous nature of the sport, despite Tande’s serious fall. And so the 30-year-old is already thinking about the next jumps this weekend. He says: “My goal is to get into the points again. And if possible even jump over my personal record, which is 230 meters. “

And Tande? While the next individual will be jumped at the hill on Friday, the ski jumping world can for the first time – as mentioned – breathe a sigh of relief. Tande is doing well under the circumstances, he survives. It seems that the Norwegian was lucky in misfortune. Once again. Because: The fall is not the first fate in Tande’s life.

After the 2018 Olympics, he fell ill with Stevens-Johnson syndrome. It started with an apparently harmless inflammation in the mouth. Just one day later, however, it was revealed that it was a life-threatening and possibly fatal skin disease. He said to the «Spiegel»: «When I woke up again, I could no longer breathe. For a few seconds I thought I was dying. My mouth was a big wound, I had to be fed through a tube. ” But Tande fought his way back, back to the top of the world.

Instead of qualification: Halvor Egner Granerud wins the prologue in Titisee-Neustadt

Corona crisis winners: who will pay for the pandemic? 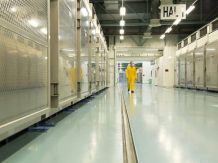