Cheese instead of drugs.

Rüpel rocker Pete Doherty (42) is hardly recognizable! A few days ago, the ex of supermodel Kate Moss (47) was spotted with his girlfriend Katia de Vidas taking a leisurely stroll in Étretat, France.

But it wasn’t the excursion that was pleasant, but Doherty himself too!

For comparison: This is what Doherty looked like in 2006 (right)Photo: SplashNews.com

With a few pounds more on his hips, gray hair and sagging elastic trousers, he first strolled through the area with his dog and his wife, then did some errands – among other things at the meat counter.

But the animal gnaws are not the reason for Doherty’s new appearance, even if he wouldn’t say no to a Big Mac, as he is now to the British “Sun“Revealed.

Because Pete now lives with his flame in Normandy, there are no takeaways there.

His vice today? Cheese … and sleep!

“I like Comté, Comté on toast.” The rocker is particularly fond of the French hard cheese. “My secret vice is sleeping.”

“For years I was awake for five or six days and then I slept for 24 hours, now I love sleep.”

Today he prefers to experiment with alcohol, says: “I make cocktails with champagne, a little rum and orange juice. I come across as a bit of an alcoholic, but I’m not – I also like a nice glass of water. ”

Crisis of confidence in France: Macron versus Le Pen

“Love Island” -Sandra: your new boyfriend is no stranger! 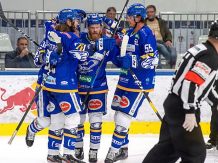