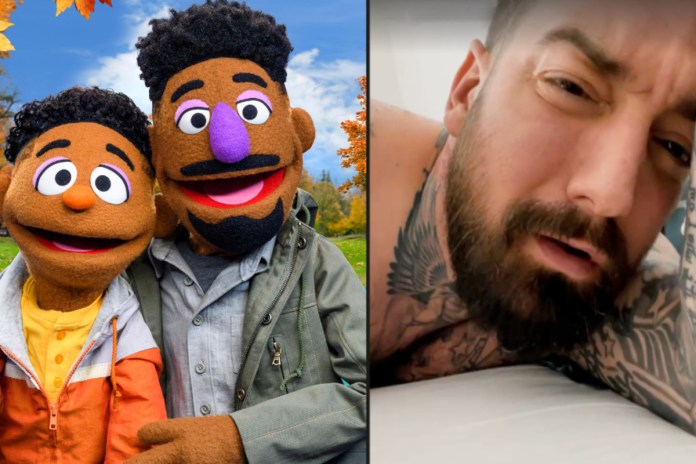 In the popular children’s program “Sesame Street”, two black dolls are supposed to set an example against racism. But with that, BTN star Jan Leyk has a problem.

Hamburg/New York – In the American edition of the popular children’s program “Sesame Street“Two black puppets are supposed to make a sign against racism put. But with that it has BTN-Star Jan Leyk (36) has a problem.

Against the background of the current racism debate in the USA, little Wes and his father Elijah appear to answer the “Sesame Street” resident Elmo his questions about the different skin colors.

The makers of TV-Serie wanted to work on the topic with the campaign in a child-friendly and contemporary way. But this step is apparently a thorn in the side of “Berlin Day and Night” star Jan Leyk.

“That’s so wrong and so stupid! I just can’t understand it,” the 36-year-old ranted in a recent Instagram story.

“Sesame Street has always been colorful and politically completely untouched,” continued Leyk. “But then you also have to integrate a transgender person and a gender-neutral doll.”

For the hamburger, one question seems to be decisive: “Can’t you just leave things as they are?”, He asks his community, visibly annoyed.

With his sharp criticism, the actor refers to a ZDF Instagram post. In the comments, some users of the social network agree with the BTN star’s opinion.

“Always thought they were all yellow, red and so on. Where was the problem?”, It says in a comment.

The action is not – as Jan Leyk feared – about assigning a skin color to the colorful figures of “Sesame Street” or replacing them. Elijah and Wes should only bring up one important topic in a short video clip.

“Our skin color makes a lot of who we are. But we should all always be clear about one thing: That it is okay that we all look different in so many ways,” Elijah explains to the red fur monster about one Job.

Many users therefore also support the campaign: “I think that’s great. The clarification cannot begin early enough,” it says in a comment.

Alfred Sauter: CSU politician gives up all party offices because of...

Coca-Cola HBC Austria: New Year’s resolutions as a message in a...

O you happy one! Frankfurt Christmas tree is now sparkling...