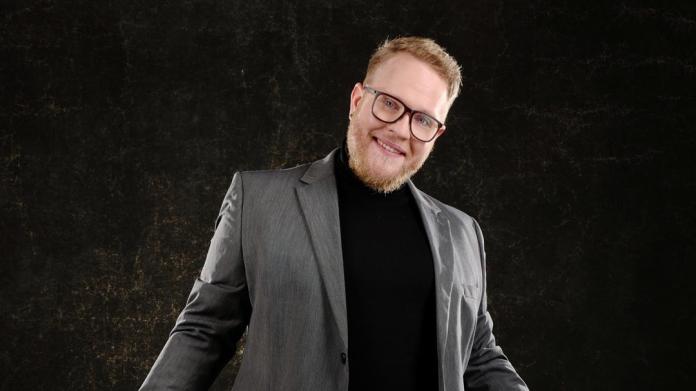 Jan-Marten Block has an extraordinary voice

Jan-Marten is a real northern light: born in Niebüll, he lived all his life in Süderlügum, where he likes it a lot. He has an extraordinary voice that not only cast a spell over the jury, but with which he has even earned money: Jan-Marten applied as a voice actor on a website and thus also enchants the younger audience – he now speaks a role in a Russian children’s series. He’s also made a showreel himself and is hoping for more roles. “I want to show people my voice, be it singing or my normal speaking voice. I want to work with my voice!” However, he is currently training to become an e-commerce businessman.

He used to take guitar lessons from ex-DSDS candidate Jan Wächter, who encouraged him to also sing to play. Jan-Marten likes to play the guitar everywhere. He also plays piano, drums and bass. So far he has sung at benefit concerts, birthdays and weddings and made it to the finals of “X-Faktor” in 2018. However, there were no offers after that, so in 2020 he decided to try “DSDS”. His favorite musicians are Dermot Kennedy and Rag’n’Bone Man. He sang of the latter with his guitar at the casting “Human”. The jury was thrilled. Dieter Bohlen said: “Fat voice! Good range, you make your own version of it, and you have put your own feeling into this number. I think you are a great singer. Everything that comes from Northern Germany is just awesome!”. Maite Kelly said: “That is the reason why I agreed here, thank you very much, it is good to experience it” and Mike Singer: “You blew us all away”.

During the recall, Jan Marten took on the role of the “papa bear” and tirelessly took care of his colleagues. Sometimes he put himself in the background. It was different with his appearances, where he was always able to convince with his strong voice. Dieter Bohlen only saw potential for improvement in his appearance and loaned him his styling team, which, among other things, trimmed his beard. The friendly northern lights have slimmed down a lot for the live shows: 15 kilos are already off!

Firecrackers and parties – These rules apply on New Year’s Eve

FC Bayern: Clear words at Flick-PK in front of Augsburg –...

Werder Bremen: Frank Baumann wants to loan these players out!