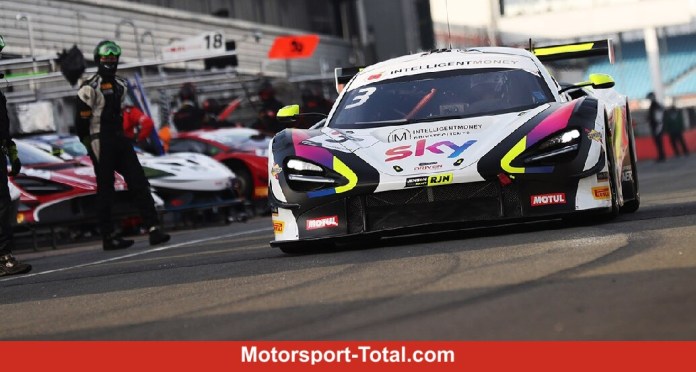 (Motorsport-Total.com) – Bad news for the DTM: Jenson Buttons McLaren racing team Jenson Team Rocket RJN will not take part in the traditional series after all. The team of the ex-Formula 1 world champion had not called for the test at the Hockenheimring, which already sparked fears – team co-owner Chris Buncombe has now confirmed the disappointing news.

The button exit threatens a year without regular McLaren use

“We have changed our plans for this year,” said the Briton in an interview with ‘Motorsport-Total.com’. “We would have liked to take part in the championship, but unfortunately it won’t be possible this year.”

However, that does not mean that you have lost interest in the series, clarifies Buncombe. “The series is gaining momentum. And you want as many manufacturers as possible on board. We haven’t written off the DTM, but our focus remains on the GT World Challenge. We are also growing as a team and will hopefully be in the field next year be.”

No regular McLaren outings in the DTM?

The cancellation hits the DTM twice as hard: after a few months ago it looked as if three to four McLaren cars would be at the start of all races in 2021, this dream has now vanished into thin air.

The 2-Seas team switched from McLaren to Mercedes a few weeks ago and will probably not compete at all. Therefore only Christian Kliens JP-Motorsport-McLaren remains, who will be at the start on three out of eight weekends. The number of officially confirmed cars for the entire 2021 season will drop from 16 to 15 (all confirmed cars, teams and drivers in our overview), but further announcements can be expected.

Why Buttons Team doesn’t show up after all

But what is the reason for the button team’s cancellation? According to information from ‘Motorsport-Total.com’ it was difficult to get the financing for a DTM season on its feet. In addition, the team from Didcot near Oxford wanted to build a base in Germany for a DTM commitment, which would also have cost money.

“Logistics is always a challenge for a British team like us at the moment,” clarifies Buncombe. “That’s because of the mix of COVID and Brexit. It would have made no sense to have a base in the UK, because unfortunately it’s not as easy as it used to be to send personnel and equipment across the channel and back. It would be nice if we were still in the EU. “

Why plan with the GTWCE instead

Apart from that, many DTM courses and the racing format mean new territory for the team. Therefore, in 2021 they want to keep the ball flat and, in addition to a new GT3 race car in the British GT Championship, in which three GT4 McLaren are also fielded, the other car in the GT World Challenge Europe.

“There are fewer races there and fewer personnel are required,” says Buncombe, referring to the SRO series, in which five instead of – as in the DTM – eight weekends are planned. “And we’ve been around since the early days and know the series inside and out.” He is alluding to the fact that Button partner Bob Neville, with his RJN team and the Nissan GTR cars in the series, was already at the start in the Blancpain times. “You can even do it in your sleep,” he jokes.

However, it is not yet clear whether they will take part in the GTWCE. “This program has not yet been finalized,” he says. “Our focus was on the DTM, but we have now postponed that. It therefore makes sense to field this car in the GTWCE.”

What role does Corona play?

Did the persistent coronavirus crisis also play a role in the DTM cancellation? “Yes, that played a role because it makes planning so difficult,” replies Buncombe. “Of course everyone uses this as an excuse to change plans, but the truth is, of course, it plays a big role.”

He cites the GT World Challenge Europe as an example: “The test will take place this week, but does that also apply to Monza? If you want to plan for this year, there is a lot of uncertainty. And that is definitely a factor. 2021 will unfortunately be another strange season for many teams, drivers and manufacturers. Let’s hope that in six months everything will be a little bit more normal. “

The Voice of Germany: Sachse Manuel is fighting for the next...

Robinhood app: man (20) kills himself because of alleged debts –...

FDP leader Christian Lindner: “We are about to re-establish our country”

Capitol Stormed – After the escalation: Congress continues with its work...