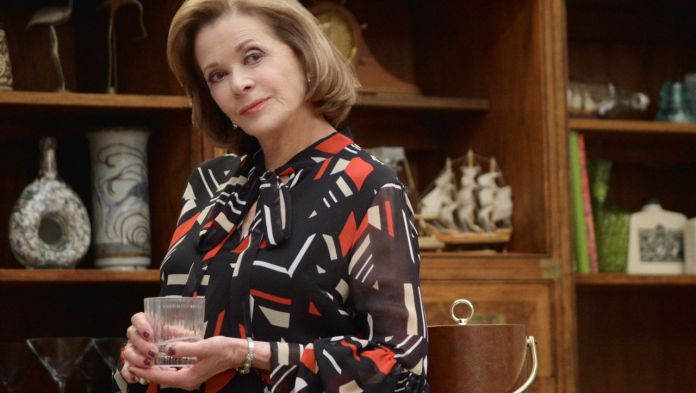 She was active as an actress for around five decades, among others at the side of Clint Eastwood, for her role in the racing film “Grand Prix” she was nominated for a Golden Globe. The greatest role of Jessica Walter, who has now died at the age of 80 – the one for which a globalized series audience knows and appreciates her today – was that of entrepreneurial wife Lucille Bluth in Mitchell Hurwitz’s comedy series “Arrested Development”.
A series that was so deeply revered not only by critics and award juries, but also by fans that Netflix extended it again in 2013, seven years after “Arrested Development” was canceled after three seasons, and in 2018 with 16 new episodes to the final Brought to an end.
Before it comes to Walter’s big appearance there, let’s talk about the appeal of »Arrested Development«. Because right now it fits in well with the general climate, if you will: Basically, it’s about the exhibition of collective uselessness. Formally, the Bluth family has permanent business difficulties, at the beginning it was about prefabricated house deals with Saddam Hussein. While the father (Jeffrey Tambor, who later got out of bounds because of abusive behavior) is in prison, the son Michael (Jason Bateman), who is introduced as the only functioning family member, is supposed to keep the business together.
But actually it’s all a farce, Michael strives from one failure to the next: just like his big Segway driving no-good brother Gob (Will Arnett), who works as an untalented magician, his sister Lindsay, who is larifarial through her broken marriage and life in general shopping (Portia de Rossi), and his little brother Buster (Tony Hale), who is apparently unsuitable for life and is laden with an Oedipus complex. Together they are all socially incompetent, revolve around themselves and constantly need money.
Lucille cultivated her self-centeredness like no other family member.
Jessica Walter played the mother of bagage in this great cast of actors, a grande dame of manipulation, who lives in her own luxury world and would perhaps even walk over corpses in order to preserve it. Her Lucille was wonderful, always well dressed, perfectly manicured, and drunk; in the subtle way that she always held a cocktail glass in her hand.
Lucille Bluth fought jealous duels for her son Buster with her nemesis and neighbor Lucille II (played by another grande dame: Liza Minnelli). Lucille Bluth distributed love, if at all, only calculated. Maliciousness that often cannot be translated well into German is all the more common. In fact, it can be said that she got the best sayings from all of them. She once said of Buster, out of context, in his presence: “Now I know what it is: the glasses. It makes him look like a lizard. ”

Lucille cultivated her self-centeredness more stable than any other family member, today one would say that she was very resilient there. There is a scene in which her son Michael talks to someone else about his relationship problems: “I haven’t met anyone before who is not completely taken by himself and with whom it is possible to have a real conversation.” His mother Lucille from the side: “If that’s supposed to be a subtle criticism of me: I don’t hear anything and I won’t go into it.”

Walter thus contributed significantly to the variety of highly intelligent humor in the Jewish tradition that characterizes the series, which feeds on constant wrong turns, from misunderstanding, improvising and stumbling. In the last new edition of »Arrested Development« in 2018 it was sometimes difficult to follow the plot, at some point as a viewer you no longer knew whether it still made sense somehow or whether the whole thing was really taking off. It was about a wall to be financed between the USA and Mexico and about the mysterious death of Lucille’s competitor Lucille II. Walter, however, always remained reliable in her portrayal of malicious chaneliness.
Walter was also honored as a Golden Globe winner in the death report on SPIEGEL.de, the important role in “Arrested Development” only appeared marginally. Yes: The series was an event especially in the USA, where its great influence on newer comedy formats such as “Community” or “30 Rock” is emphasized. But it also shows once again how pop culture continues to fan out in watch worlds, in taste colors and approaches to them; here the one group that “looked at something”, there the other.
In any case, »Arrested Development« should watch as many as possible: The series is so demanding that you have to get involved with it, you can’t bend it. Some allusions can only be understood the second time, others never. But that it was called “the most inspiring sitcom” of the 2010s by critics – that’s true. And Jessica Walter made a significant contribution to this.