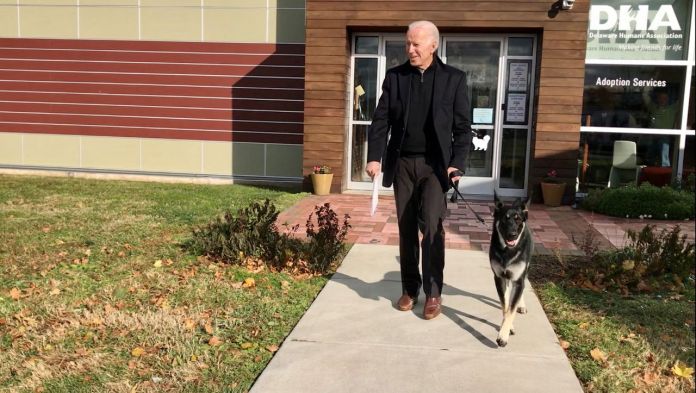 After four years, dogs returned to the US presidential seat with Champ and Majot – but now the time of a fresh start in the White House is over for Joe and Jill Biden’s pets: After a “biting incident”, the three-year-old major and the 13-year-old Champ left the official residence, as reported by US media.
As a result, the animals have been back in Biden’s house in Wilmington, Delaware, since last week. The younger of the two German Shepherds showed aggressive behavior and jumped at employees and security personnel and barked at them.

In addition, there is said to have been a “biting incident” with a bodyguard – it is not known whether he was injured in the process. No “First Dogs” had lived in the White House since the end of Barack Obama’s presidency. Biden’s predecessor, Donald Trump, was the first U.S. president in more than a century without a dog.

Biden hobbled to his performances

Champ has been with Biden and his wife Jill since 2008. The Bidens took the German Shepherd Major from the animal shelter in 2018. He was the first shelter dog in the White House, according to Biden’s team.

It was only last year that Joe Biden had painfully felt that Major is sometimes almost impossible to control: While playing with the dog, the politician sustained a small fracture on his right foot. The winner of the presidential election on November 3rd had to strap on an orthopedic boot and from then on hobbled to his appearances.

It is uncertain whether the White House will remain a seat of government without animals: Jill Biden made it clear weeks ago that she would like to have a cat. More details about the “First Cat” project are not yet known.

Custom faceplates for the new PlayStation console are back

These tougher rules are all but safe

VW, Skoda and Audi: these are the most popular used cars