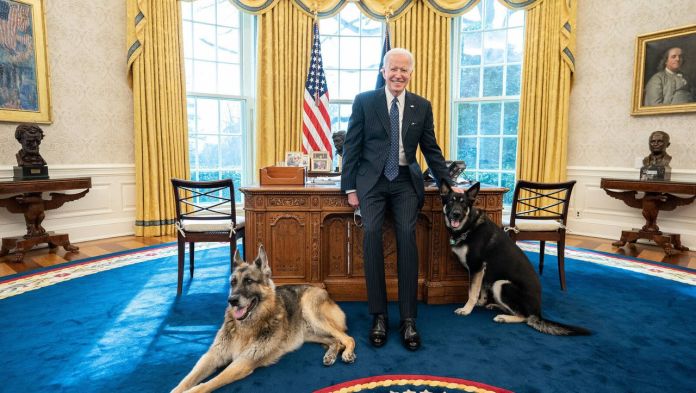 It’s only been a week since “Major” was allowed to move back into the White House. Previously, the young German shepherd had to complete a training in the home state of its owner, US President Joe Biden. Background: At the beginning of March, “Major” snapped at a security person on the premises of the White House. Now there has been another incident.
First Lady spokesman Jill Biden said on Tuesday (local time): “Major is currently getting used to his new surroundings and he snatched at someone while walking.” According to Michael LaRosa, the incident occurred on Monday. The person was examined “to be sure” by the medical staff of the White House. There was no injury.
Biden most recently downplayed the first incident in an ABC interview and emphasized that “Major” was a “cute dog” who only got a fright when two unknown people suddenly appeared around a corner. The President also stressed that he had by no means banned “Major” from the White House.

First animal shelter dog in the US power center

The presidential couple’s second dog, Shepherd “Champ,” had also been brought to Delaware. According to President Biden, it was a planned stay for both animals because he and Jill were traveling.

“Champ” has been with the Bidens since 2008. In 2018 they took the German shepherd “Major” out of the animal shelter. He was the first shelter dog in the White House, according to Biden’s team. No “First Dogs” had lived in the White House since the end of Barack Obama’s presidency. Biden’s predecessor, Donald Trump, was the first U.S. president in more than a century without a dog.

Vaccination dates from Israel and Great Britain – the magic has... 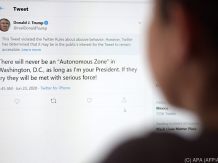