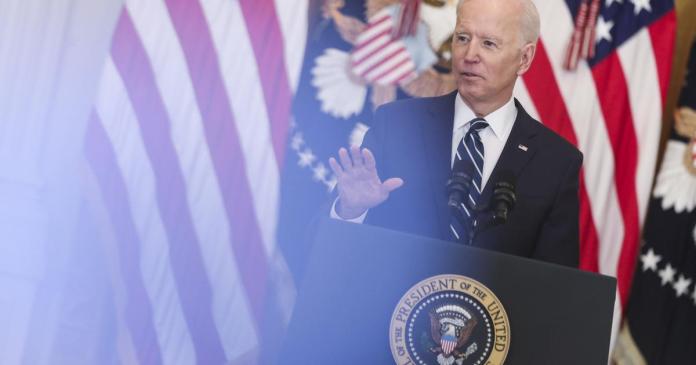 No drama. Not a vain stance pose. No degradation of journalists. No dropouts or bad slip of the tongue – so goes the short bulletin of the eagerly awaited first official question-and-answer meeting between US President Joe Biden and around 30 representatives of the Washington press corps. In the East Room of the White House, the 78-year-old delivered a level-headed and calm performance on Thursday lunchtime, in contrast to ex-President Donald Trump, and yet made a lot of headlines.

The most important: Contrary to previously assumed, Biden wants to run for a second term in the election in 2024 and again take Vice-President Kamala Harris (“she does a great job”) as a partner on the ticket.

For the German armed forces and other troop contributors, Biden made a clear signal about Afghanistan. After that, it will be “very difficult” to meet the May 1st deadline for the withdrawal of the remaining US troops, which was still announced under Trump. Reason: The situation in Kabul between the government and the Taliban has not been clarified, peace solution not yet in sight.

But: Biden made it clear that he definitely wants to put an end to the 20-year commitment that has cost billions in the billions. “We’re going to leave,” he says. When asked whether US soldiers will still be stationed in Kabul and elsewhere next year, he added: “I can’t imagine that will be the case.”

Following the recent ballistic missile tests in North Korea, Biden threatened the Pyongyang regime with “appropriate responses” if President Kim Jong-un allowed the situation to “escalate further”. If the country were ready to give up its nuclear policy, there could be a diplomatic solution.

Biden sees “fierce competition” looming with China. Under his presidency, the gigantic empire will not achieve its goal of becoming the world’s dominant nation in every respect. America is “not looking for confrontation”. But China will be able to compete with high investments in research and development, for example, and insist on compliance with internationally applicable rules in terms of trade and competition.

This is how much Harry Potter stars earn per Insta posting...

Is the GAK fishing for a jewel from Frankfurt? 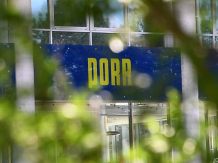