The do-it-yourself fever has broken out with the moderator duo Joko Winterscheidt (42) and Klaas Heufer-Umlauf (37)!

In their show “Joko and Klaas against ProSieben” on Tuesday evening, it was again about 15 minutes of free airtime at their employer. This time, too, there were a lot of challenges to be mastered.

Even the first game was about houses in the broadest sense, if not real. For the “Einstürzende Bühnenbauten” challenge, ProSieben had set up various backdrop walls that fell on the two moderators. But the backdrops had gaps – Joko and Klaas had to position themselves so that they fit exactly into the gap.

At Klaas there was already a slight panic: “But otherwise it hurts a lot!” Moderator Steven Gätjen (48) showed no mercy: “We had two editors to test it out. They are now in the hospital. “

Joko looked up and worried for his health: “This is how I imagine it when the car hits you. You can see the car and can’t do anything … ”

Although this game was largely injury-free, some part of the body was still regularly in the way. So this point went to ProSieben.

The team of moderators was all the more ambitious at the sawmill challenge. Steven Gätjen announced: “Today your manual skills will be put to the test.”

Joko and Klaas were asked to independently assemble a dining set from a tree trunk. The task was only considered passed when the furniture subsequently withstood a stress test in the studio.

And so the two showed up highly motivated at the “Sägewerk Brisch”.

But even after the first sawing work, there was not only trouble between the two, but also panic. Klaas worried about the completeness of Joko’s fingers: “You’re cutting something off here. Everything you do is wrong! “He could hardly look:” I’m already scared at home with the parmesan grater … ”

But despite all the adversities you could see pieces of furniture in the end. Joko was enthusiastic: “If the thing lasts, I want to build a house with you.” Steven Gätjen even claimed: “And I’ll move in …!”

The dining set withstood the endurance test in the studio without any problems: You could drive nails into the table top and even sit on the chairs without putting your feet down.

Now it wasn’t just Joko and Klaas who were on fire – the viewers on Twitter got excited. They wanted to nail ProSieben in the truest sense of the word and asked for a “Joko and Klaas house building show”.

But first of all, the two moderators reappear on Wednesday evening. They defeated “Mr. ProSieben” and got 15 minutes of free airtime on prime time at 8:15 pm. 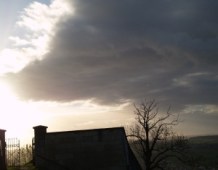 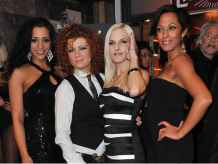 No Angels are planning their comeback, but one is missing

FC Schalke 04: Offer “came as a surprise” for Christian Gross