A new mini-royal saw the light of day on Friday: Prince Julian! And not only his proud parents were allowed to hug him. Grandma and Grandpa were already there too.

The Swedish royals are real family people. This is also supported by the now eight grandchildren, who King Carl Gustav (74) and Queen Silvia (77) can look forward to. The youngest of them saw the light of day just a few days ago. Carl Philip of Sweden (41) and Princess Sofia (36) became the parents of a son on Friday. And the little prince Julian got to know his proud grandparents.

Shortly after the birth, a happy and beautiful-looking Princess Sofia showed up in front of the hospital. Together with the proud papa and her mini-prince. The video is above!

Prince Julian: Carl Gustaf of Sweden raves about his grandson

On Saturday, just one day after the baby was born, the king and queen paid a private visit to their new parents at Villa Solbacken in Djurgården, Stockholm. After all, Sofia and her loved one left the hospital with their mini-prince on the day they were born. You get to know each other better at home. And the first meeting between the grandparents and Prince Julian could not have gone better. The little man immediately wrapped grandma and grandpa around his finger, as the king revealed during the council meeting to announce the name on Sunday (March 28th).

“A well-built son, whom I got to know yesterday,” said the 74-year-old with a smile and alludes to the 49 centimeters length and 3,220 grams that the Mini weighed in when it was born. Then Carl Gustaf added: “The whole family is fine and the two brothers have welcomed him well. That’s why they take special care of this little person from the start.”

Carl Philip and Sofia of Sweden: When will the first family photo with their three sons come?

The royal family has now also published the first photo of little Julian. The proud papa snapped. Unfortunately, only one photo with the whole family is still missing. And after all, the Royal fans are eagerly waiting for that.

Curious big brother: Prince Alexander enchants everyone at the thanksgiving service for Prince Julian. The cute shots are in the video below.

Attacks on police officers and shops in Stuttgart

Applicants report chaos and arrogance at Tesla in Germany 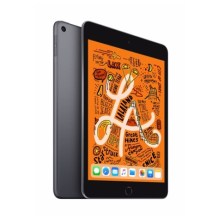 A stranger attacks the snack bar and then piles up with...