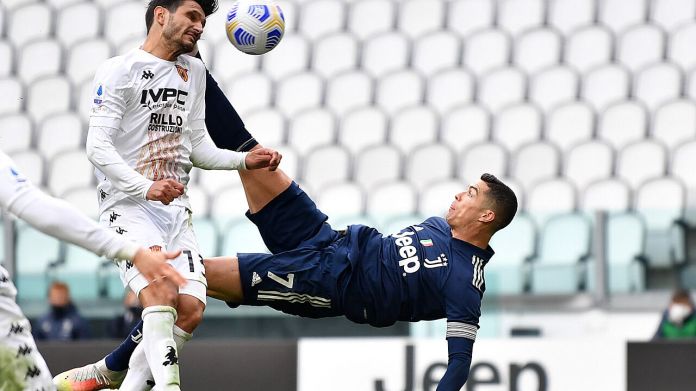 Where are you going, Cristiano Ronaldo?

The Portuguese exceptional talent at Juventus Turin never seems to have become really happy. It was not until the weekend that the “old lady” embarrassed herself against stragglers Benevento and probably lost her last chance at Scudetto. In the Champions League, she was eliminated in the round of 16 against outsider FC Porto.

The first rumors recently surfaced that Real Madrid should be working on a return campaign for the 36-year-old. Juventus Turin, in the person of sports director Fabio Paratici, does not seem to think so much. At “Sky Sport Italia” he said: “We have decided to keep Cristiano Ronaldo. He is the best player in the world and he will stay with us.”

Does CR7 know about it? His contract runs until summer 2022, a summer change would bring a lot of money into Juve’s coffers. “He still has a year left on his contract and we are happy that he can continue to play for us,” said Paratici confidently. “He has scored a lot of goals this season so there is no doubt about him. Let’s finish this season first.”

The comments of the users do not necessarily reflect the opinion of the LAOLA1 editorial team. LAOLA1 reserves the right to delete comments without giving reasons, in particular if they violate criminal or civil law norms, contradict common decency or otherwise run counter to LAOLA1’s reputation. We refer in this context in particular to our Terms of Use. In such cases, the user cannot assert any claims. Furthermore, Sportradar Media Services GmbH reserves the right to assert claims for damages and to report offenses relevant to criminal law.

Europe has to compete with Google

The Bavarians slip in the snow – Germany

New coach at Schalke? “That Gross gets involved”

Dialects in Germany: The Saxons are the least popular