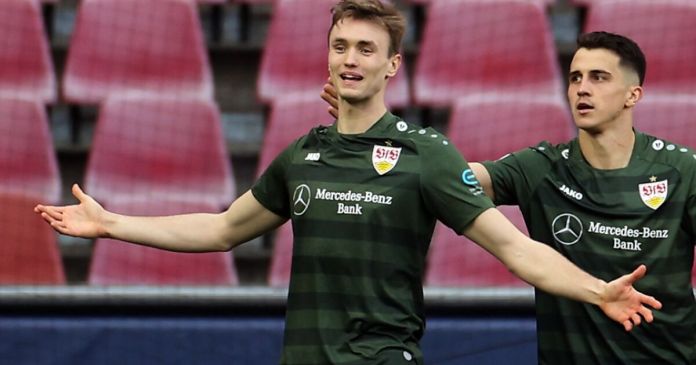 The starting position for this approach could hardly be better for the Swabians. Because the Stuttgart have had nothing to do with relegation this season. Everything that follows now is, in a sense, a bonus. After the recent 2-0 win against Hoffenheim, VfB could even intervene in the race for the European Cup places. This is one of the reasons why the mood among the players is currently resolved, as Matarazzo reported.

Kalajdzic is currently flying high. The 23-year-old two-meter man scores like on the assembly line, he already has 13 goals this season. He is still 19 missing from Lewandowski, who still has nine games to leave the Müller brand behind with just as many hits. In the Champions League, the Pole was still hungry for goals in the 2-1 win against Lazio. He scored a total of 39 competitive goals in 35 games this season.

“He’s a player who can score four goals in one game. Hopefully not against us,” said Matarazzo. It is not an easy task to stop the world footballer. “But we’ll try.”

The fight for the Champions League places remains exciting – also or precisely because Bayern and RB Leipzig have already escaped the chasers. Fernduellen is about important points for the entry into the “premier class” on this match day: The third VfL Wolfsburg from coach Oliver Glasner has to compete at Werder Bremen, Adi Hütter’s Frankfurt Eintracht in fourth place receives 1. FC Union Berlin .

Champions League quarter-finalist Borussia Dortmund meanwhile wants to score points with relegation-threatened 1. FC Köln and not let Bayer Leverkusen – who will be visiting Hertha BSC in Berlin on Sunday – overtake them in fifth place. The coaching chairs are shaking at both clubs on the banks of the Rhine: In addition to Cologne’s Markus Gisdol, whose possible successor is Peter Stöger, among other Austrians, his Leverkusen colleague Peter Bosz must also fear for his job.

That is why Klopp became world trainer instead of Hansi Flick

Corona vaccination: Many would cancel the vaccination appointment if the preferred...

Another postponement of the CDU party congress? | Free...

Harry and Meghan at Oprah: So you see the interview today...

Alang in India: the cemetery of the luxury cruise ships