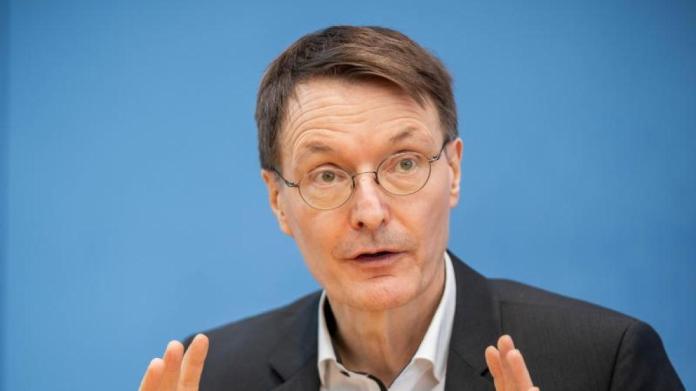 “If the EU had done better, Europe would have been vaccinated by the end of April”

Karl Lauterbach accuses the EU of serious failures in organizing the Covid 19 vaccination campaign. Cell phone data and reports from restaurateurs also showed a phenomenon that made a controversial measure urgently necessary.

SPD health expert Karl Lauterbach accuses the EU of serious failures in the corona vaccination campaign. “If the EU had done better, all of Europe would have been vaccinated by the end of April. We hardly have any corona cases now, we would now be in the age group of 30 to 40 year olds when vaccinated. That would have been technically possible, ”said the 58-year-old in an interview with“ Zeit ”. The vaccine supply was a “fiasco” in Europe.

That is why the epidemiologist also understands the citizens’ loss of confidence in the Corona policy: “The people are not stupid. They check that we can now be as far as vaccinating like the Americans. ”Instead, with the start of the third wave of infections, a new strategy is urgently needed. “If we want to regain trust, then we have to do something again that works,” demanded Lauterbach according to the preliminary announcement.
As an effective means, he again suggests exit restrictions from 8 p.m. “Using partially anonymized cell phone data, we see that many people get into taxis or their cars in the evening and drive through the cities. And then you see cell phones together for a few hours in apartments that you normally don’t see together. They stay for a few hours and then drive back, ”he explains the problem. Restaurant owners said they put food for up to eight people in small apartments every night. “The (people) go to friends, maybe uncork one or the other wine bottle, eat together.”

Private contacts are considered the main transmission route for corona infections. The number of new infections has been rising again for weeks despite extensive restrictions on trade, gastronomy and other economic areas in Germany. The seven-day incidence increased on Tuesday to 135.2 new infections per 100,000 inhabitants, according to the Robert Koch Institute. In February the value had meanwhile fallen below 60.

New Year’s Eve cocktails from Jigger & Spoon in Stuttgart: How... Time Magazine: Gitanjali Rao is child of the year – Panorama