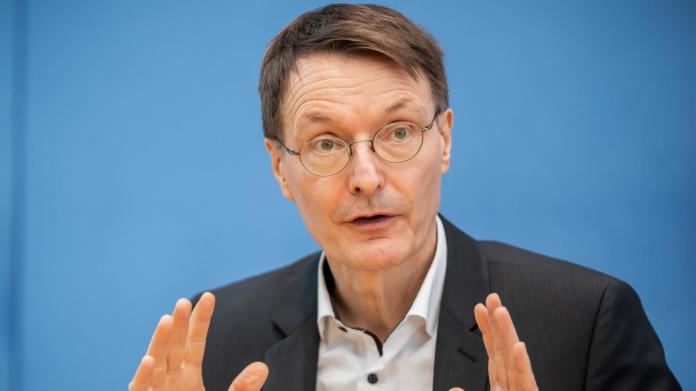 Dhe SPD health expert Karl Lauterbach has called on the federal and state governments to immediately convene a new corona summit and decide on a hard lockdown due to the sharp rise in the number of corona infections. “We have to renegotiate quickly,” said Lauterbach in an interview with the “Tagesspiegel”.

“It won’t work without a sharp lockdown,” emphasized Lauterbach and defended his call for nationwide curfews. “Exit restrictions from 8 p.m. for two weeks would work – we’ve seen it in France, Great Britain and Portugal.”

In order to reduce the risk of infection, especially in the workplace, he insists on an immediate test obligation for companies and mandatory home office, the employers would finally have to bring their share. “I am also surprised that the unions do not do more to protect their employees in the company because the companies pose a significant risk,” said Lauterbach.

So far, the next round is only planned for April 12th. In regional circles, the “Tagesspiegel” was accordingly confirmed considerations for an earlier meeting.

“There is generally too little talk about the dangers in political Berlin,” criticized the epidemiologist Lauterbach, who advises Chancellor Angela Merkel (CDU) and the SPD Prime Minister in the pandemic. “Far too little is talked about the strength of the third wave, which age groups it affects and how dangerous the mutations are for the middle age groups.”

Above all, however, too little is communicated about long-term consequences – “that affects up to ten percent of those infected, so currently up to 250,000 people”. But the word of science has unfortunately lost weight because of the opening pressure, and that in a phase where it is needed more than ever, says Lauterbach.

Behind this is the misconception of many politicians that the situation could soon be resolved by the better weather, the vaccinations and comprehensive tests. “The third wave is politically and medically underestimated. You get out of the boat and want to swim the rest of the way to land – but you overestimate how well you can swim. “

Lauterbach receives support in his claim from Christian Karagiannidis, President of the intensive care society DGIIN. In view of the rapidly increasing number of infections, he also calls for a tough two-week lockdown and immediate stop of all planned opening steps. “The resolutions for model projects after Easter are completely inappropriate and must be withdrawn immediately by the federal and state governments,” said Karagiannidis, who is also the scientific director of the Divi intensive register, of the “Rheinische Post” (Saturday).

The Robert Koch Institute (RKI) reported a seven-day incidence of 124.9 on Saturday morning. The value is now higher than it has been since January 19 (131.5). On Friday the RKI had given the incidence as 119.1, two weeks ago it was 76.1. The seven-day incidence indicates the number of new infections per 100,000 inhabitants and week and is an important indicator for the course of the pandemic. In addition, the health authorities in Germany reported 20,472 new corona infections to the RKI on Friday. In addition, 157 new deaths were recorded within 24 hours. Exactly one week ago, the RKI had recorded 16,033 new infections and 207 new deaths within one day.

However, there are now doubts about the safety of the much-touted rapid tests. “Antigen tests are nowhere near as safe as you think,” Lauterbach told the newspapers of the Funke media group. Studies have shown: “If someone is really asymptomatic, the rapid test works in six out of ten positive cases. The test is negative in four out of ten cases. “

The virologist Jan Felix Drexler from the Berlin Charité warned users of rapid antigen tests to adhere to the prescribed storage and ambient temperatures when carrying out the test. “Even ten minutes at 37 degrees are enough for you to lose a lot of sensitivity, i.e. the question of how much virus you can detect,” said the virologist RTL / ntv. A Charité study led by Drexler has proven that. Drexler said that the temperature information on the instruction leaflet should be observed, especially on hot summer days. Otherwise, you run the risk of chains of infection that could have been prevented.

Globus interested in the Real market in the Kronenberg Center Essen

SHARE IN FOCUS: Speculation about the truck division drives Daimler on...