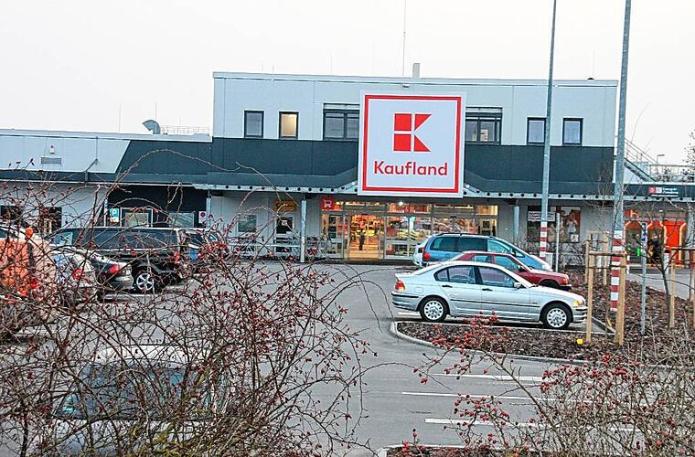 Christian Köhler has not lost his good mood. “Then I’ll just turn to the press,” he says on the phone. For more than two months he has been trying to fix a grievance. His hope: maybe the local newspaper can help.

Christian Köhler is sales manager. He has lived in Lower Franconia for 25 years and in Marktbreit for ten years. You can still hear his homeland clearly on the phone: Ruhrpott. “I feel very comfortable here in and of myself,” he says in the typical singsong. “But one thing surprises me.”

On December 12th, Köhler went to the Kitzinger Kaufland to do a bulk purchase. “Usually my wife does it,” he says. But she was sick. Köhler belongs to the risk group with regard to Covid-19. In any case, the situation at the entrance to the supermarket amazed him. “Other customers came towards me at a distance of significantly less than 1.50 meters,” he recalls. Both when entering and when leaving the supermarket. The entrance area is designed very generously.

A change – in the interests of customer health – should be possible, thought the broader market. And went straight to the lady from the information desk. Their answer surprised him a little: the customers are intellectually not in a position to enter the market only via the right entrance and to leave it again via the left exit, she told him. “I couldn’t really understand this explanation,” says Köhler and has to laugh.
He wrote to the Kaufland headquarters in Neckarsulm and made precise suggestions as to how the situation could be straightened out: Clearly separate entrance and exit, place goods counters in the transition area so that there is also a distance there, and signs with the corresponding symbols above the entrances hanging. “In times of a pandemic, I think there is no alternative to this proposal,” he added and asked for quick, short feedback.

Kaufland emphasizes that customer safety is most important

The answer came six days later: “Our management would be happy to contact you personally to clarify your concerns.” Three hours later, the following was added in writing: “We have forwarded your concern to the market, it will be checked internally and followed up. ” Since? Radio silence! Christian Köhler didn’t want to accept that. On December 30th, he reported to the police in Kitzingen. His argument: The Kaufland fails to ensure safer shopping conditions. He submitted a corresponding letter. “We have forwarded this to the district office for further processing,” reports Gerhard Klebrig, PI Kitzingen press spokesman. From there, Köhler received a letter on February 17th: “Since we find your proposal very useful from an infection protection point of view, we have asked Kaufland to implement your suggestions and to revise the hygiene concept.”

When asked by this newspaper, the Kaufland press office announced that “the safety and health of our customers and employees are our top priority”. And counts things that have been done for it: Plexiglass panels have been attached to the customer information and the cash registers, and there are floor markings in front of the service counters and cash registers.

“We also ask our customers to pay cashless by card or contactless.” Due to the large sales area and the wide aisles, the minimum clearances can usually be observed.

The hygiene protection concept had been checked again

If necessary, the number of shopping carts would be limited. So far there have been no complaints from the local regulatory office. The feedback was positive. “If there are any complaints, we will of course make improvements immediately,” says the Kaufland press office. The request of this editorial team to be able to take a photo of the entrance area was not granted. When asked, the Kitzingen District Office announced that there had already been calls from concerned citizens in 2020 that the shop was overflowing with customers.

An employee of the public security and order of the district office then carried out a site inspection and could not find any violation, as the number of shopping carts had been reduced in relation to the size of the sales area in accordance with the law.

After Christian Köhler’s complaint, the hygiene protection concept at the Kaufland branch in Kitzingen was checked again. “If there are any complaints, we will of course correct them immediately,” said the Kaufland press office.

The store management was then recommended to introduce a one-way system – as suggested by Köhler. The response of the market management: Such a system was tested at the beginning of the pandemic, but did not bring any improvement. The reason for this are the customer toilets, which are located in the entrance area and are frequently used. As a result, “there was a frequent change in the direction of movement”, so that the concept was abandoned again.

In the reply to this editorial department, Kaufland formulates a request to all customers that seems a bit strange: “You can also actively support us by using the entire length of our opening times and especially on Mondays, Tuesdays and Wednesdays (…) only on your own or at home second to go shopping. ”Christian Köhler would like to continue shopping on Saturday when he is free. And preferably with a feeling of security. “I’m going somewhere else now,” he says. He doesn’t want the Kaufland to spoil his good mood.

* Note: In the editorial team, we are always on the lookout for useful products for our readers. The links provided in this article and marked with a shopping cart symbol or an asterisk are so-called affiliate links / advertising links. If you click on one of these links and buy from it, we receive a commission from the dealer. This does not change the price for you. Our editorial reporting is fundamentally independent of the existence or the amount of a commission.

Zynga is taking over the Echtra Games team, led by developers...