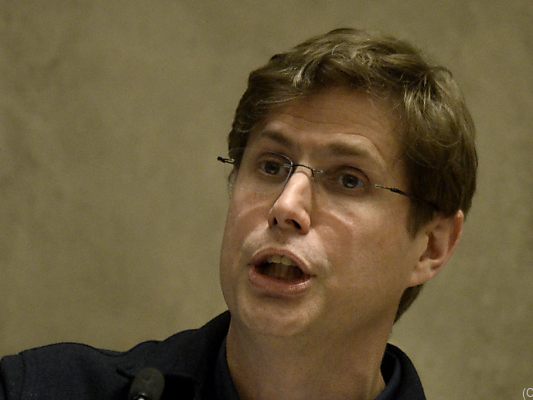 Can you use an algorithm as a tool for literary work? Daniel Kehlmann asked himself this question at the invitation of “Open Austria” and traveled to Silicon Valley to get to know his virtual writing partner CTRL. In the first “Stuttgarter Zukunftsrede”, which has now been published as a book, he recently reported on his approach to artificial intelligence, the attempts at collaborative writing and – this much can be revealed – its failure.

On the 60 or so pages of “Mein Algorithmus und ich”, Kehlmann gives a cursory insight into the functions of predictive algorithms (“They seem to understand things, but actually they only make predictions”) and tries to compare them with what humans do – and human writing – matters. “I know what it is like to be me, to stand here, to speak; my existence has an inner side,” it says at the beginning. “And is it anyhow to be an algorithm? Does it feel anyhow, does the existence of an algorithm have an inside?” The answer is provided by the short text excerpts that Kehlmann presents to the readers.

The inner workings of the program are based primarily on meta-words and big data: the program scours through all the texts available to it in order to make a prediction about which words and sentences could follow the input that we type. You know this in everyday life, for example, from suggestions in Google search or when typing text messages. In a nutshell: “Artificial intelligence is a secondary user.” Nevertheless, one is always amazed at how accurate the sentences are that the program spits out and how creative those sentences are with which the program continues Kehlmann’s sentences. Mind you: The CTRL can only do this in English for the time being, as Kehlmann’s short test painfully reveals. So it is definitely an advantage to be able to speak English when reading “My Algorithm and Me” in order to grasp the subtle humor of the texts produced.

In return, the resulting passages are relatively short. After one page at the latest, the AI ​​hangs up and only produces Dadaist scraps of text. “CTRL’s big weakness is still narrative consistency,” notes Kehlmann. Literary storytelling lives from creating a context. “CTRL looks for the most likely phrase, but not the plot, but the language,” Kehlmann concludes. After several attempts, which are very amusing to read, the author gives up at some point. “It’s like talking to a crazy person who can also have extremely lucid moments and who reliably falls into silence after a short conversation.”

The initial concern that artificial intelligence would abolish the writing profession in the near future disappeared at the end of his several months of experimentation at Kehlmann. “And I couldn’t write a text with him that could have existed artistically. The experiment failed in this regard.” However, it is extremely worthwhile to watch Kehlmann on this path.

This Android app belongs on every mobile phone

Closed daycare centers and schools in Stuttgart: The little ones in...