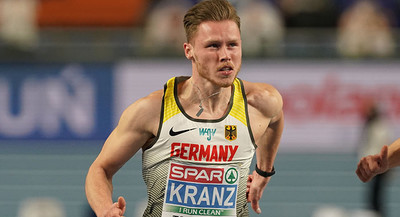 At the end of the third day of the competition, Kevin Kranz secured the silver medal in the final over 60 meters in 6.60 seconds. The 22-year-old only had to admit defeat to the outstanding Italian Lamont Marcell Jacobs.

All good things come in threes: After Hanna Klein (LAV Stadtwerke Tübingen) and Malaika Mihambo (LG Kurpfalz) won medals at the European Indoor Championships on Saturday evening, Kevin Kranz (sprint team Wetzlar) won the silver medal in the final competition of the day over 60 meters. The 22-year-old confirmed his lead time in 6.60 seconds and only had to admit defeat to the Italian Lamont Marcell Jacobs, who won in 6.47 seconds and thus a new world record for the year. Defending champion Jan Volko (Slovakia) finished third, a hundredth behind Kevin Kranz.

Kevin Kranz has been the first German medalist at an indoor European championship over 60 meters since 2015. Most recently in 2015 Christian Blum and Julian Reus (then both TV Wattenscheid 01) won silver and bronze over this distance in Prague.

With his final time Kevin Kranz would have had a good chance of winning the European Indoor Championships two years ago in Glasgow (Great Britain). At that time Jan Volko also won in 6.60 seconds. Lamont Marcell Jacobs’ time, on the other hand, is the fastest time a winner has had at an European Indoor Championships since 2009. At that time, Briton Dwain Chambers won in Turin in 6.46 seconds.

Kevin Kranz had already made it clear to the competition in the morning that he wanted to be involved in the battle for the medals. In 6.61 seconds, the new German indoor record holder sprinted confidently to the preliminary victory, was even able to slow down a little at the end and made it to the semi-finals. There he ran in 6.58 seconds, his third fastest time of the year, and moved into the final with second place and a big “Q”.

VOTE FOR THE COMPETITION:

Kevin Kranz (Sprint team Wetzlar):
“Even if I had run the best time, I would not have won here today. That’s why I can’t complain about second place. Of course I would have liked to run a little faster, but for now I’m happy. After my glandular fever, I had good preparation for the indoor season. But then I had three weeks in which I lost a lot of training because I had flexor and hollow of the knee. Fortunately, before the indoor championship, I was able to train a week longer and now another week. That’s why I came here very fit and can say that I’m finally back. The European Indoor Championships and second place is an important step on the way to the Olympic Games and especially for the ranking. I’m good at acceleration, but I’m clearly missing out on longer runs at the moment. I have to make up for that, otherwise I won’t be very fast at 100 meters. At the Olympic Games, the individual start over 100 meters has top priority, but the relay is also important. I don’t know yet whether I’ll start over 200 meters. ”

Historic hotel is on fire

Delta share takes off: Delta with annual loss in the double-digit... 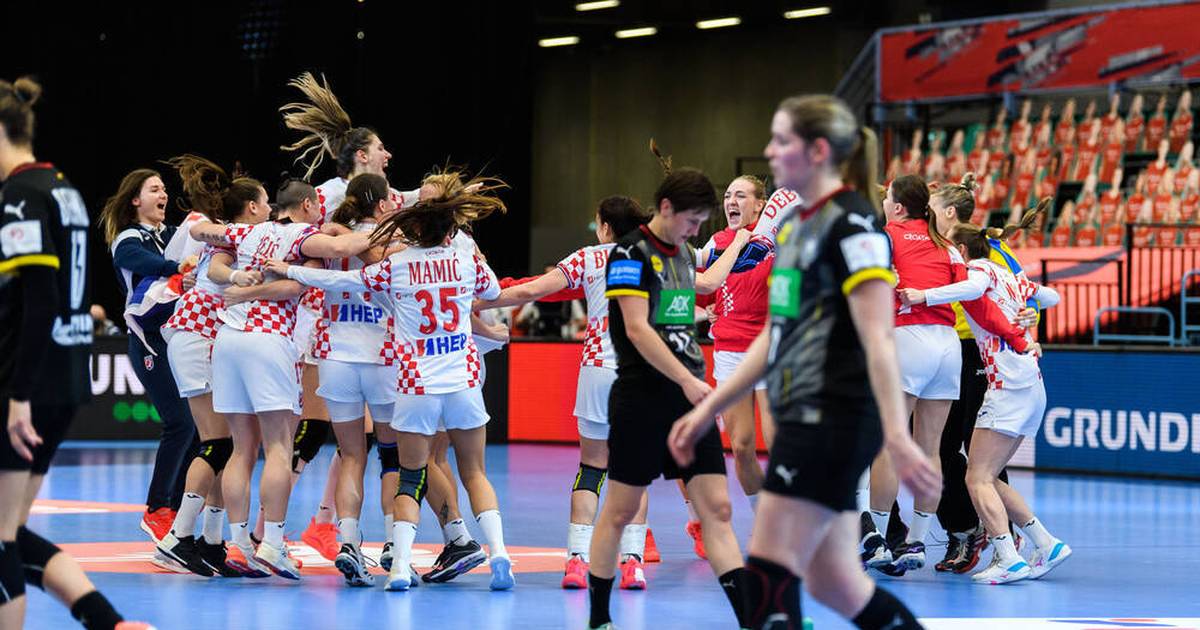