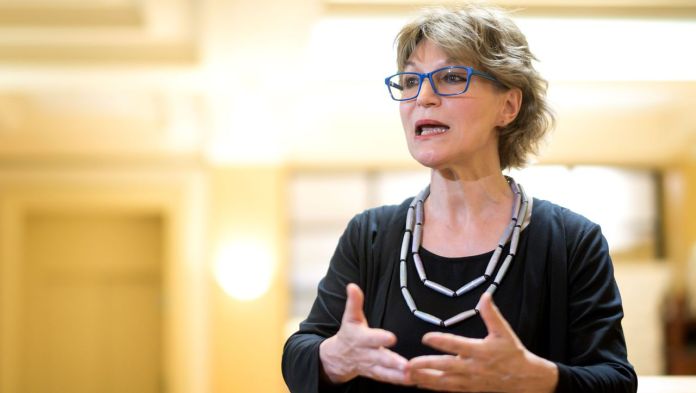 Agnès Callamard was one of the lead investigators in the Jamal Khashoggi case. As the UN special rapporteur for extrajudicial, civil or arbitrary executions, she was responsible for a report describing the killing of the Saudi Arabian journalist in his home country’s consulate in Istanbul in the summer of 2019.
In the interview, Callamard explains that a senior representative of the Saudi Arabian regime made two threats against her in a meeting with other UN officials. According to the Saudi Arabian, they would be “taken care of” if the United Nations did not whistle back to Callamard.
Your colleagues at the meeting in January 2020 in Geneva would have taken the statement as a “death threat,” Callamard told the Guardian. Other officials from Saudi Arabia tried to downplay the statement in view of the horrified reaction of the UN officials. When leaving the meeting room, however, the man repeated his threat again. He knows people who “have offered to take care of the matter if you don’t.”

In her report, Callamard relied primarily on tapes that the Turkish secret service recorded in the consulate that had apparently bugged the representation. Among other things, you can hear fighting noises and Khashoggi, who gets into an argument with his later murderers.

The regime critic was murdered by a special squad who had traveled from Riyadh when he was about to pick up papers for his wedding. The Saudi Arabian leadership admitted this after international pressure and brought eleven men to justice. The UN, however, considered the process to be a farce.

Braking on the way to the sun – Orbiter flies past...

Coronavirus in Germany and the world: Another setback – Sanofi vaccine...

Hamm: 23-year-old is said to have killed pregnant girlfriend – arrest...