The new EV6 electric crossover will be launched in the summer – a Kia has never been faster, more powerful and cooler!

A Lamborghini Urus, a Mercedes-AMG GT, a McLaren 570S, a Porsche 911 Targa S, a Ferrari California T and a Kia EV6 GT meet for a 400-meter sprint race. Who wins? “Certainly not the Kia!” Most car fans would now intuitively shout out to the group. Kia wanted to know exactly and had the new EV6 electric crossover compete against exactly these five sports cars.

The Kia does not actually win the race – at the end of the quarter mile the McLaren crosses the finish line with a car length advantage. But the surprise effect is great – because the newly launched EV6 leaves all other cars behind except for the 570 hp English super sports car.

Platform of the future

The neutral observer asks himself: How is that possible? So far we only knew such spectacular electric victories from electricity pioneer Tesla (here you can find the duel between Tesla Model 3 and Audi R8). The new electric platform E-GMP, which was developed together with Kia’s sister company Hyundai, makes it possible. This is intended to pave the way for the electrical future of the Korean corporation. After the chic retro Stromer Ioniq 5, which Hyundai presented just under a month ago, the first car based on this new architecture is now also being launched at Kia.

And the EV6 can be seen in the truest sense of the word: From the striking face with tapered LED headlights, the strong lines on the side of the vehicle taper to the powerful rear, which with its crescent-shaped LED light strip borrows from well-known compact rally cars should – it always looks good! At 4.68 meters, the EV6 is at the upper end of the compact class, which is also evident from its long wheelbase of 2.90 meters.

This results in ample space in the interior for luggage (trunk: 520–1300 liters) or up to five passengers. Under the front hood there is an additional storage compartment with a capacity of 20 to 52 liters, depending on the version. But the EV6 is not only practical, but also ultra-modern: The driver looks at a curved infotainment display that extends over to the front passenger seat.

In addition, Kia installed a head-up display with augmented reality functions. The fact that the seats are made either from vegan leather or from a large number of recycled PET bottles is now almost a good thing for new electric cars.

But the EV6 can not only drive fast, it can also charge quickly: thanks to the 800-volt on-board system, the first all-electric Kia charges electricity for 100 kilometers in less than five minutes at a suitable fast charging station! It should only take 18 minutes to charge the lithium-ion battery from 10 to 80 percent. A new charging controller also enables electricity for other electrical consumers to be drawn from the EV6 – the technology should even be able to charge other e-cars.

The Kia EV6, which is also equipped with the latest level 2 assistance systems for autonomous driving, will roll into Europe in July. The prices have not yet been determined – but we’re guessing that the basic version could start at just over 40,000 francs. For the top version EV6 GT, at least 55,000 francs should be due.

Children’s sick days due to Corona: Bundestag decides to double it... 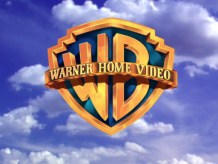 Corona lockdown in Stuttgart: the night shift of the police is...