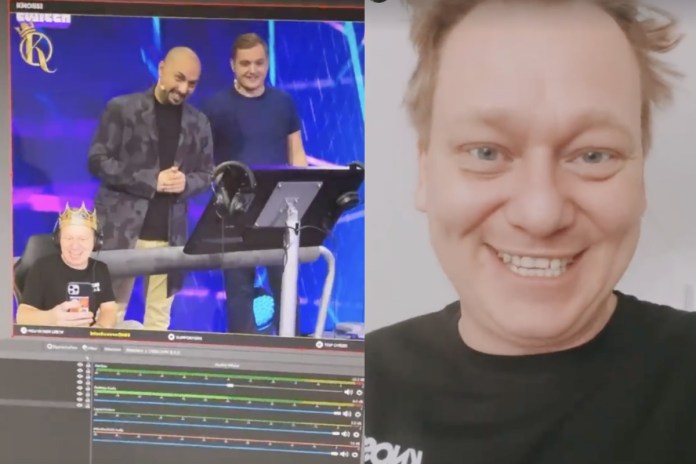 Entertainer and Twitch star Knossi reveals one of his secrets to his success to his fans and ennobled the game show “Teammates” by Amar and Trymacs.

Baden-Baden – Star-Entertainer Jens “Knossi” Knossalla (34) should appear in a small question and answer session Instagram again caused a lot of laughter from his fans, but also revealed one of his secrets of success in a very factual manner.

For example, one of his more than 1.4 million followers would almost certainly want to know with a wink how one could be so beautiful.

Of course, Knossi did not leave this steep template unused and posted a picture of himself with a wig in front of a green screen including a bold face, which might not be suitable as a profile or application photo. The man from Baden-Baden wrote in his typical way: “Little sleep, a lot of stress, too much fast food and nicotine formed this wonderful person.”

But that the 34-year-old can sometimes be much more matter-of-fact and down-to-earth, even almost profound, he proved in another question. One fan was impressed by Knossi’s success as an entertainer but also as a family man and wanted to know how his idol would manage to bring it all under one roof.

“If you have a lot of fun and joy in things, you automatically give full throttle because you love what you do! I love a lot of things, so sleep less and live more,” says Knossalla, who in addition to his work as a Twitch streamer also as Moderator of his own talk show (“Freshly roasted every day“at RTL) and appears as a book author.

For those of his followers who are still in the process of finding their own career path, Knossi’s attitude to life is likely to serve as a recommendation for action and a template.

Despite several pillars, the entertainer still celebrates his greatest successes on the streaming platform Twitch, where he was best known for poker streams and once hosted the world’s largest stream in this industry with more than 91,000 viewers.

In addition, Knossalla is very well connected to the other German coverage giants on Twitch. Among other things, he appeared on Saturday evening at the game show “Teammates” organized by “Amar” and “Trymacs” in the aftershow party.

The show, which was carried out on Twitch for the first time in this form, was a huge success: More than 100,000 live viewers followed the duel between the streamer duos Amar / Trymacs and inscope21 / unsympathischTV, which was carried out in the style of “Schlag den Star”. So far (as of March 28, 9:30 a.m.) more than 4 million people have accessed the stream.

“It was a great show by the boys. It was so much fun to watch me,” Knossi paid respect in an Instagram story.

Brexit negotiations: the tone is getting sharper and a solution is...