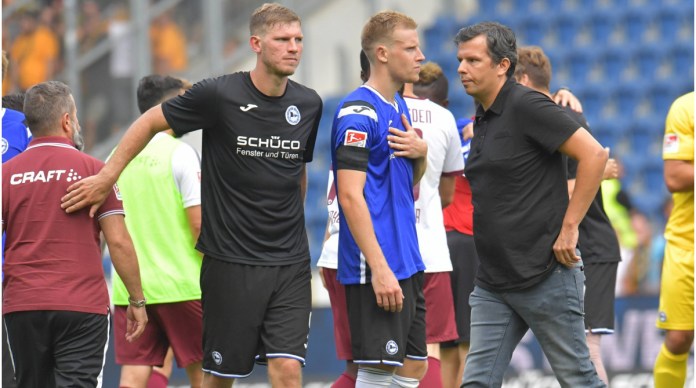 Record scorer of the DSC

Arminia Bielefeld’s new coach Frank Kramer can certainly imagine working with goal scorer Fabian Klos beyond the season. “Fabi is an important player and he is someone who can and must give a certain amount of support to one or the other boy on the pitch. That is his job as a leader. We need that at the moment and we will also need it in the future, “said the 48-year-old in an interview with the” Westfalen-Blatt “.

The contract of the 33-year-old Klos, who has played for the East Westphalian Bundesliga club for ten years, expires at the end of the season. In 354 competitive games he scored a total of 155 times for the DSC. This makes the offensive man by far the best goalscorer in the history of the club – ahead of Artur Wichniarek with 88 goals.

13 million pounds: The most expensive sales by Arminia Bielefeld

* Listed as a transfer from the U19 of the DSC.

The decision about Klos’ future lies with the club, said Kramer. “That with Fabi is something that the club has to weigh up, also with regard to the economic situation. I’m on the outside, that’s none of my business, ”said Arminia’s coach, who has been in office for a good four weeks.

“The first weeks were intense, also for the players. You can only emphasize the openness and enthusiasm with which the boys are there, ”said Kramer, who was able to collect four points in four games with the newcomer threatened by relegation and will have to compete against FSV Mainz 05 next Saturday.

7 groups – when you get the corona vaccination – Coronavirus 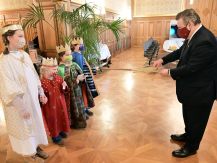 Carol singers were guests of the Mayor of Vienna – Coronavirus...

Scandal about show with woman in pig disguise