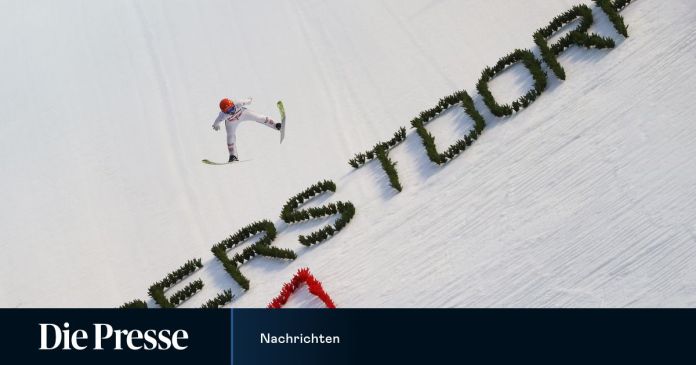 Marita Kramer from Salzburg also narrowly missed the medal ranks in fourth in the first women’s large hill ski jumping event in World Cup history. The 19-year-old top favorite had to be content with “sheet metal” on Wednesday in Oberstdorf in the newly included competition after third place at half time. Gold went to the Norwegian Maren Lundby, who clearly prevailed ahead of Sara Takanashi from Japan and the Slovenian Nika Kriznar. Kramer was more than five points short of third.

After a clear lead at halftime and a controversial shortening of the run-up, she went empty-handed with fourth place on the small hill. This was followed by gold in the women’s team competition together with Iraschko-Stolz, Chiara Hölzl and Sophie Sorschag and bronze in the mixed competition.

After the competition on the big Bakken, however, the tears flowed. “Fourth place is pretty tough, but it goes on. I left a lot behind again today – too little nerves, ”said Kramer in an interview with ORF and stated that after the new low blow he was empty. At that moment, the team medals for the World Cup debutante were just a small consolation. “We did win medals, that shouldn’t be neglected. We are very happy with the gold. “

Daniela Iraschko-Stolz, who finished ninth behind Chiara Hölzl, suffered with Kramer. “She deserved it so much, but some people just have to fight harder than others. It’s a shame, she jumped really strong here, and so close again today. As a clear favorite, it was certainly not an easy situation, ”said the 2011 normal hill world champion. Hölzl, on the other hand, was happy about her improvement over the course of the World Championships. “I haven’t forgotten it, I improved towards the end. From not placed to eighth place, that was really cool. ”Sophie Sorschag turned 17.

Are intensive care beds running out in Germany?

Significant decrease in corona laboratory tests over the holidays – BZ...

Dieter Bohlen against the band he once produced

25-year-old died in a serious electrical accident in Steinerkirchen an der...