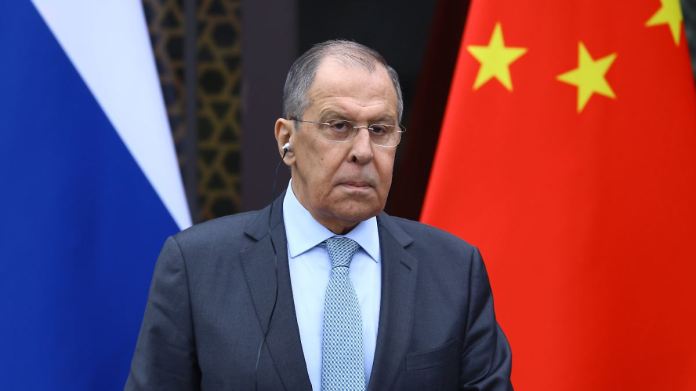 Kremlin blames Brussels
Russia: Relations with the EU are “destroyed”

The relationship between Russia and the EU has been extremely tense for years. The conflicts include the subjects of the annexation of Crimea, Donbas, Navalny and hacker attacks. Moscow’s chief diplomat has now announced that there is no longer any relationship with the EU – but sees no fault with the Kremlin.
After the new EU sanctions against Russia, Foreign Minister Sergei Lavrov sees relations with Brussels as “destroyed”. “There is no longer any relationship with the European Union as an organization,” said the Russian chief diplomat during his visit to China. “The entire infrastructure of these relationships was destroyed by unilateral decisions by Brussels.”

There were only individual European partner countries left that were guided by their national interests and not by the EU, Lavrov said. This then inevitably leads to Russia’s relations with China developing faster than those with the remaining EU countries.

Lavrov had repeatedly complained about the battered relationship with the EU, but now expressed himself particularly sharply in tone. At the same time, he was once again ready to improve relations if the EU wanted to do so in return.

Brussels recently imposed sanctions on Moscow – for example because of the poisoning of the Kremlin opponent Alexej Navalny, who has now been imprisoned, and a massive hacker attack on the German Bundestag in 2015. Lavrov was in southern China for two-day consultations with his Chinese colleague Wang Yi.

Turkey horrified by this violence video: man steps on ex-wife –...

Dangerous chunks from space: How to stop asteroids on a collision...

The next shock from Germany