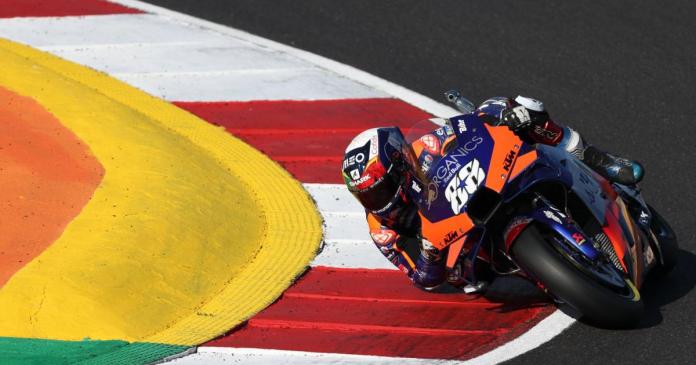 The rise is impressive: in 2017 the Austrian KTM team entered MotoGP, the fastest, most important and most complex motorcycle racing series in the world. Last year, the South African Brad Binder won the first race for KTM in Brno, the Portuguese Miguel Oliveira claimed two victories for the KTM Tech 3 private team. This year Oliveira joined the works team and forms the driver pairing with Binder. The fifth in the World Championship, Pol Espargaró, left KTM for Honda, where he will ride alongside Marc Márquez.

The eight-time world champion from Spain is still not fit after his broken upper arm and will have to skip the opening race on Sunday (6.45pm / live ServusTV) in Qatar.

So this year it cannot be ruled out that KTM will even take the next step – towards world championship title.

“We’re hungry for more,” says KTM motorsport director Pit Beirer. “Basically, our board of directors thought of the World Cup from day one. With three wins, we are even above expectations in 2020. ”However, now is not the time to make big announcements. “I wouldn’t call us contenders for the title yet.”

The successes are now being noticed in Austria. “When I am where, people talk to me about it, they cheer me up. Many also appreciate that we have a product that is really Made in Austria. Almost every part of the machine is from Austria. That is also rewarded. ”

At the 5.380 km long Losail International Circuit in Qatar, however, the hopes for KTM are low: “We know that the track in Qatar is not for us,” says Beirer.

Nena does the Xavier: This is how her management reacts to...

In short: Opera for iOS is faster and with the new...

Abroad has vaccine earlier – Swiss are not allowed to go...

From playing cards to the amusement park | DiePresse.com