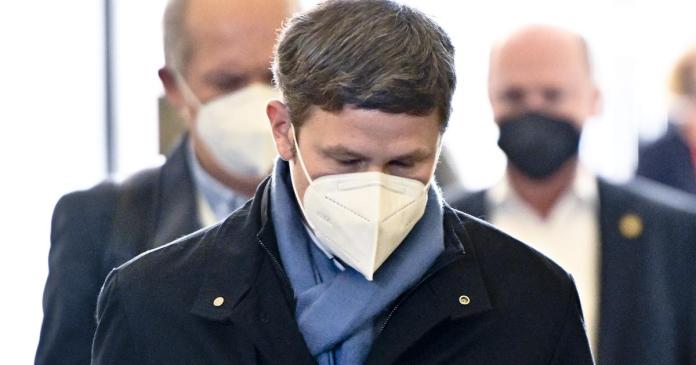 The survey of the brief confidante Stefan Steiner started on Wednesday in the Ibiza-U-Committee almost 90 minutes late. Many names are ascribed to him. Some call him the “turquoise mastermind”, others call him the “brain of Sebastian Kurz”. Of course, the survey revolved around the 2017 election campaign, for which the ÖVP collected donations on a large scale. Stefan Steiner, who grew up in Turkey, was not responsible for the donations during the election campaign, but he answered a few questions about it.

The model for Sebastian Kurz’s 2017 election campaign was the model by Irmgard Griss, who financed her 2016 federal presidential election campaign as an independent candidate entirely through donations. Donations “create identification”, Steiner told the MPs, but one could not say that donations for the ÖVP are something bad and that other donations are good. “Donations are something completely normal in Austria,” said Steiner. He named many NGOs that finance themselves through donations.

However, the brief confidante emphasized that there should be no consideration for this. That is why the ÖVP had all major donors signed a declaration that they did not expect any concession for the donation. In Steiner’s eyes, donors can also get jobs, but not because of the donations, but also because of the right qualifications. He names the construction tycoon Hans Peter Haselsteiner, the financier of the Neos, who also moved into the ORF Board of Trustees for the Neos. But that is “okay, totally okay”.

“Enthusiasm has gone through the country”

Steiner justified the fact that the ÖVP had made considerable sums of money through donations in 2017 by stating that there was a “red-black standstill” in the country at the time. With Kurz, “enthusiasm went through the country,” said Steiner: “He inspired a lot of people, including people who made donations.” FPÖ man Peter Sidlo, whose appointment as CFO of Casinos AG is also in the focus of the committee, he only knows “media”, personally he had nothing to do with him. The “shredder affair” is known to him primarily from the media, as is the controversial SoKo Tape investigator Niko R., who carried out the house search of the employee of the Chancellery.

Overall, it was difficult for the MPs to find out anything from Steiner at all. So he answered neither questions about his job nor his pay. Litigation judge Wolfgang Pöschl also took the view that this had nothing to do with the subject of the investigation, since such questions touched on Steiner’s private sphere as an entrepreneur. Once again, protracted debates on the rules of procedure relax.

Steiner’s cell phone does not belong to the Federal Chancellery

Steiner was also presented with the paper for the “Project Ballhausplatz”, the authenticity of which Steiner did not want to confirm. FPÖ parliamentary group leader Christian Hafenecker wants to know from Steiner: “Is your task here today to say that the Ballhausplatz project did not take place?” Hafenecker asks, visibly annoyed, with whom Steiner has prepared or agreed with for this statement before the U-Committee.

Coronavirus containment: The federal states are planning these measures – politics

FMA supports the ECB’s recommendation to forego distributions, but at least...

Risk patients first ?: Why this Berliner demonstrates for the vaccination...