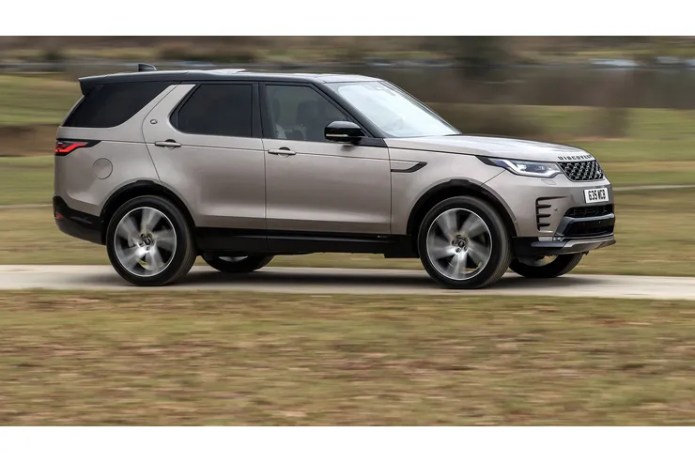 Because the engine pallets are currently being turned inside out in the Jaguar Land Rover Group, the 5th generation Discovery is also receiving a comprehensive facelift four years after its debut – on the road with the new Discovery with in-line six-cylinder diesel.

One of the engines that we will miss very much when the electric (or any other) drive has one day finally displaced the combustion engine is the multi-cylinder engine, diesel and gasoline alike. Whereby multi-cylinder means more than four in this case. If you don’t believe that, we can only recommend driving the facelifted Land Rover Discovery with the new six-cylinder diesel or gasoline engine. But one after the other.

Jaguar Land Rover is currently supplying the entire product range with new engines. The Ingenium four-cylinder serves as the basis for all innovations. It has now been expanded to include a pair of cylinders in the P360 mild hybrid (MHEV). After all, this is a popular method of expanding engine families, the working space of the cylinders remains the same, two times an additional 500 cubic meters result in a beautiful three-liter six-cylinder. The combustion units are neatly lined up, which results in even ignition intervals of 120 degrees each and excellent mass balance.

The engine is fun in the Landy.

In the case of the new Discovery, the straight six is ​​supported by a belt starter generator; this applies immediately to all engines in the Discovery – except for the entry-level petrol engine with four cylinders and 300 hp. The other drives: two six-cylinder diesels with 249 and 300 hp.

When driving with the P360, little is noticeable of the driving of the MHEV module: It rolls up gently, and the combustion engine starts up very inconspicuously after starting the traffic light. As usual, the cooperation with the fine eight-speed automatic from ZF, which was already the case with the pre-facelift model.

You can let your gaze wander through the interior. Similar to the also fundamentally facelifted Jaguar F-Pace, it looks much fresher, more modern – it’s amazing how much a few targeted changes can change the ambience. The new steering wheel, for example, and the easy-to-grip automatic selector lever, already at the start, are a significant improvement over the rotary knob typical of the group. 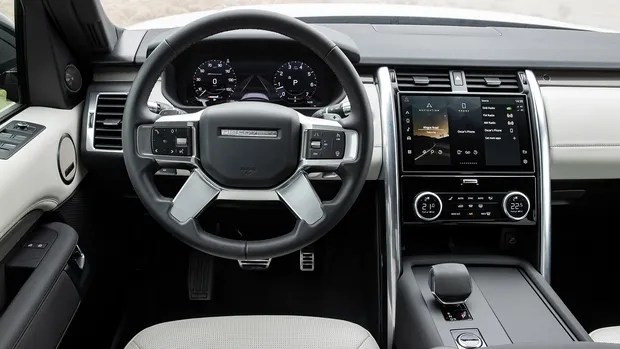 Finally there is a real gear selector for the automatic.

Large touchscreen and a feel-good atmosphere

The center console has also been redesigned, with the 11.4-inch touchscreen dominating the scene and the latest version of the Pivi-Pro infotainment operating in the background. The first impression: The user-friendliness, which was previously less than ideal, has gained something through the clearer presentation of the menus. Otherwise, as usual, feeling good is the order of the day in the new Discovery. The occupants are enthroned in comfortable armchairs above the traffic, largely undisturbed by the adversities of the world’s streets. 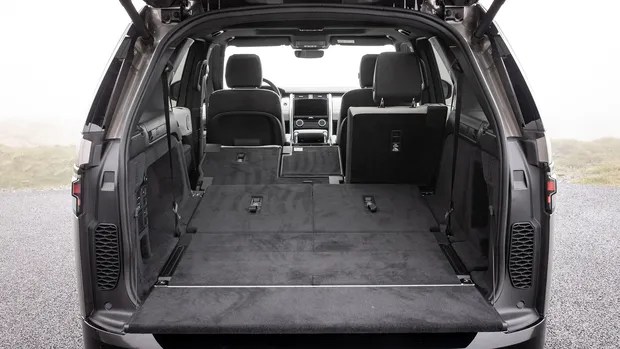 The disco can take up to seven passengers – or a lot of luggage.

Of course, nothing has changed in the almost proverbial versatility of the Discovery. Up to seven people are allowed in the disco (optional), and they can even look out the front particularly well because the two rear rows of seats are each slightly higher than the one in front. In addition, the rows of seats fold up remotely if required. The maximum load space is almost 2.5 cubic meters, so you can take more with you on the trip.

Especially since the disco is allowed to pull 3.5 tons of heavy trailer loads. But anyone who thinks he is a stubborn commercial vehicle is already surprised at the first manhole cover crossings: With the standard Adaptive Dynamics chassis, the Land Rover can easily iron out small and large bumps. Regardless of whether – as in this case – it goes from Essen-Kettwig to Ratingen-Hösel or from Nanyuki to Rumuruti. All-wheel drive and the brand’s own Terrain Response System are also standard equipment, and an active limited-slip differential for the rear axle is available as an option. We don’t need any of this on the way to Ratingen, but it’s nice to know that everything is on board, should it ever go to Rumuruti. 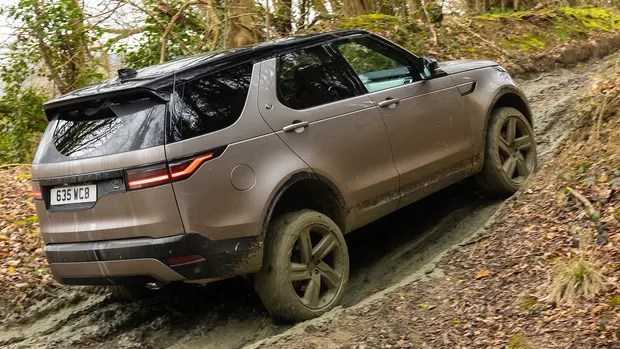 The off-road capabilities are excellent, as is typical of the brand.

Incidentally, the fact that the Land Rover Discovery with prices from 61,045 euros for the P300 AWD with four-cylinder gasoline engine remains a rather exclusive pleasure has not changed either. Our choice would be the D250 AWD (from 62,045 euros) – because it is a diesel. And a six-cylinder.

Land Rover made the Discovery even cooler and more versatile. With the new engines including mild hybrid technology, the driving experience looks refined – very suitable for this classy British family and travel SUV.

Security in Stuttgart: The Neckarpark is to be secured for the...

Electricity network charges will be 4.1 percent more expensive in 2021