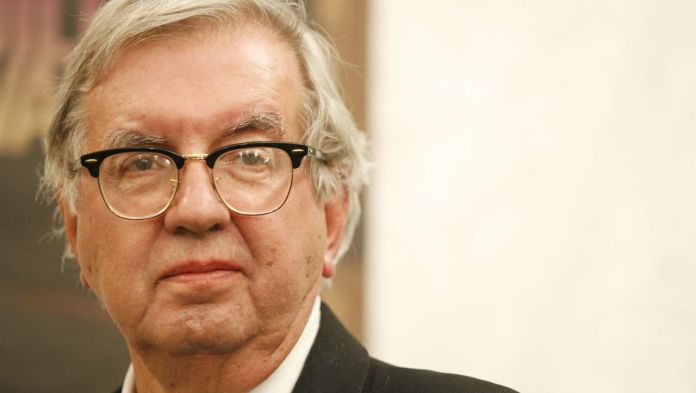 He won the Oscar late in his career, together with Diana Ossana, based on a short story by Annie Proulx, he wrote the script for “Brokeback Mountain”, the love story of two gay cowboys. The fact that Larry McMurtry won the award for an adapted script was somewhat untypical for the native Texan, who actually fueled Hollywood – and the US book market – with his own stories.
Time and again, McMurtry devoted himself to the pioneers and settlers in the Wild West of the USA. For the western novel “Lonesome Dove” (German title “Weg in die Wildnis”) he was awarded the Pulitzer Prize in 1986. The novel was adapted for television and the miniseries starring Robert Duvall won seven Emmys.
Larry McMurtry was born on June 3, 1936 in Wichita Falls into a Texas rancher family. Reading Don Quixote awakened the twelve-year-old’s love for novels, which led him to study literature in Houston and Denton. Later he again taught literature at various universities.

Inspired by his youth in the small Texas town of Archer City, McMurtry wrote the nostalgic novel “The Last Picture Show”, published in 1966, whose bitterness and black humor director Peter Bogdanovich made an epoch-making film in 1971 (with Jeff Bridges, Cloris Leachman). The script, written jointly by McMurtry and Bogdanovich, was nominated for an Oscar, but did not receive the award. Peter Bogdanovich later turned McMurtry’s sequel »Texasville« into a film, albeit with less success.

Larry McMurtry had another hit with “Terms of Endearment”. The mother-daughter novel became the literary template for the 1983 film by James L. Brooks starring Shirley McLaine, Debra Winger and Jack Nicholson.

Throughout his life, McMurtry remained connected to his hometown Archer City, which also served as the location for several of his novel adaptations. Having previously operated bookstores in Houston and Georgetown (Washington DC), he has opened a second hand bookshop here, too, which he gradually expanded to include several hundred thousand titles. In 2012, however, McMurtry had most of the multi-building collection auctioned off in a two-day auction in order to bring the business back to a reasonable size.

Larry McMurtry died on Thursday at his home in Tucson, reports the Los Angeles Times. He had suffered from complications from Parkinson’s disease for some time. The New York Times had previously reported the writer’s death, citing his long-time press spokeswoman. McMurtry was 84 years old.

Rohrbach Clinic: “Are well prepared for the care of Covid-19 patients”

Confident: Queen is hoping for a birthday parade in June