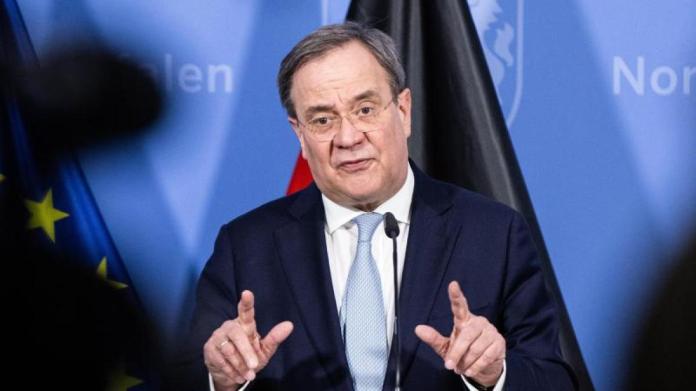 “You can’t just introduce a public holiday within ten days”

After a surprising federal-state switch on Wednesday, NRW Prime Minister Armin Laschet showed himself to be insightful. A public holiday cannot be introduced within ten days. There were problems with ordering meat, for example.

NNorth Rhine-Westphalia’s Prime Minister Armin Laschet (CDU) has confirmed the withdrawal of the planned measures for Easter rest. Laschet said in the North Rhine-Westphalian state parliament that this was decided on Wednesday in the short-term deliberations of the Prime Minister’s Conference with Chancellor Angela Merkel (CDU). “The regulation by a federal ordinance is not planned for Easter now.”

After a legal review by different ministries, numerous problems had emerged, “that was a mistake in this form and so unenforceable,” said Laschet about the original decisions of the federal and state governments. “You can’t just introduce a public holiday within ten days”, says the CDU chairman.

For example, there were problems with ordering meat or baby food. Laschet also said: “This Prime Minister’s Conference disappointed the people.”

Laschet said that the withdrawal of the controversial resolutions was good for the political culture in Germany. He himself made it clear at the Prime Minister’s Conference that everyone in the group bears responsibility, not just Chancellor Merkel. “We all agreed to this.” Laschet appealed to the population to allow as much Easter rest as possible.

Laschet had previously called for a new style of government. The Prime Minister’s Conference disappointed the people, he said in the Düsseldorf state parliament. The heads of government had negotiated from 2 p.m. to 3 a.m. on Tuesday night. “We cannot go on like this,” said the CDU federal chairman.

Chancellor Angela Merkel (CDU) and the prime ministers of the federal states had joined forces shortly before to withdraw the decision, as AFP learned.

Microsoft presents the Surface Pro 7+ tablet with Tiger Lake and... 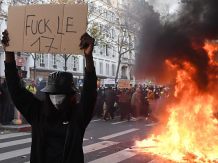 Clashes during protests against police violence in Paris – Politics –

FC Bayern Munich: Will Robert Lewandowski be a world footballer?

At Saturn, Amazon & Co .: which 5 products everyone wanted...