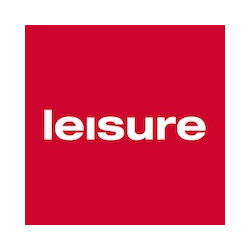 Despite multiple dismissed and lost lawsuits, the union is not giving up on pushing the teacher evaluation app to the wall financially.

Vienna (OTS / LCG) – 400,000 registered users and almost a million reviews show that founders Benjamin Hadrigan With the Lernsieg app, something has been achieved that was missing in the domestic education system. A digital tool that ensures transparency and more democracy in schools and enables a fair feedback culture. Learning from structured recorded feedback is a matter of course and part of everyday life for almost all industries: restaurateurs, body-friendly services or employers can be evaluated as well as airlines, hotels or public institutions. Only the teachers’ union sees a problem in the democratic feedback process due to the heavily used app. Hadrigan has already been able to dispel legal concerns regarding data protection several times in court. His app only registers the minimum data required to rule out manipulation in the evaluation. In the opinion of the court, which recently again dismissed a lawsuit by the Public Service Union (GÖD), there is a “legitimate interest of students, parents and the public” in the fair and transparent assessment of teaching staff and educational institutions.

After union boss Paul Kimberger had to realize that he will not prevent democracy in Austria’s schools by taking legal action, he is now trying financially. With a total of 35 lawsuits under the EU General Data Protection Regulation, he covered the young start-up, which has already won 18 of them. At the same time, the teachers’ union is also suing its founder in order to increase the financial pressure.

“The union wants to ruin us financially and silence us with countless lawsuits. For a young start-up, the court and legal fees are an almost unbearable chunk. If we don’t get help now, the union will succeed in silencing democracy and transparency in the school system “, said Hadrigan. “The quality and importance of the education system has never been discussed as intensely as it is now. Fair evaluations are a step towards making the system better and more sustainable “, adds the founder.

While the union prefers to invest its bulging war chests in hopeless lawsuits instead of equipping its members with masks during the greatest crisis of the Second Republic, the processes will slowly run out of money in the event of a learning victory. If not helped now, the school system improvement app will soon be history. One of the greatest innovations in the domestic education system, which was financed entirely from private money, is threatened with extinction.

In order to finance court and legal costs, Hadrigan asked for support on the Lernsieg donation account at Erste Bank (AT59 2011 1841 9879 8910). Any amount, no matter how small, helps to bring the law to victory.

Detailed information and donation options can be found online at lernsieg.at.

Image material is available for publication free of charge as part of editorial reporting.

Luminar AI in the Christmas offer up to 44 euros cheaper...

Corona summit from the federal and state governments: These winter rules...

Anschober: “The most difficult phase of the pandemic until Easter” 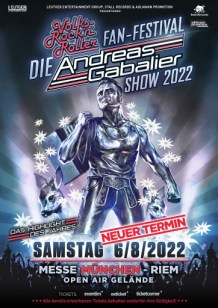