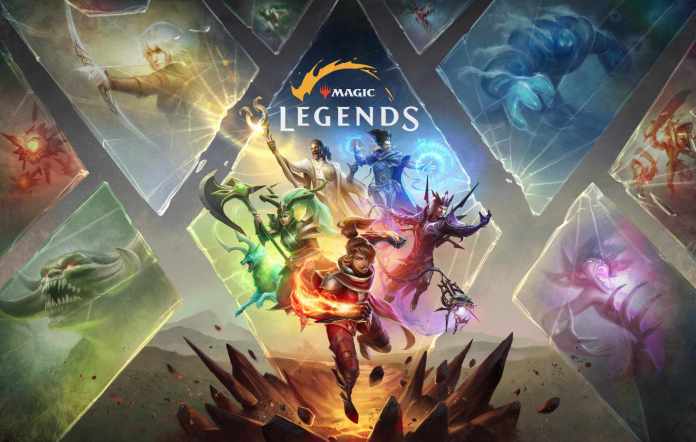 The free action RPG “Magic: Legends”, based on the Trading Card Game (TCG) “Magic: The Gathering”, is now entering the open beta on the PC. Responsible for the title Perfect World Entertainment and Cryptic Studios. Unfortunately, this is not a direct implementation of the card game, but rather a title that takes the world as a scenario.

If you want to get a taste of the beta, you can do so via Arc Games and in the Epic Games Store. You take on the role of a planeswalker and travel to five different regions. You collect more than 175 spells and 170 pieces of equipment, which of course were inspired by the card game. After the open beta, “Magic: Legends” will be released in the course of the year for the PC, Xbox One and PS4.

If you download the game via Arc Games, you will receive the Gaven Guardian costume, the bat look for the ogre mortar and two loot and mission boosts as a bonus. On the other hand, the Epic Games Store will have a free Moorland Ranger costume, Moorland Ranger creature looks, and two loot boosts until April 6th at 6pm.

You have the choice, according to the developers you can play “Magic: Legends” well alone but also with up to two other Planeswalkers together. PvP duels are also possible. You have the choice of several classes for your Planeswalker, which essentially correspond to the different colors from the card game. For example, there is the necromancer (black) who performs rituals to destroy his opponents and raise hordes of the undead.

Regions are drawn to you through worlds like Dominaria (Shiv, Benalia, Tolaria), Zendikar (Tazeem) and Innistrad (Gaven). Are you going to take a look at the game? The first reports that I have read sounded very positive, even if the expectations of many “Magic: The Gathering” fans were, in my opinion, rather low.