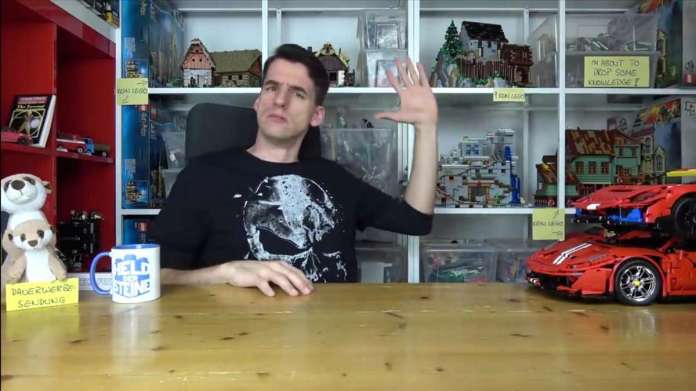 Lego can achieve success in court in litigation with dealers. According to the Frankfurt Youtuber “Held der Steine”, the company has gone a step too far.

Update from Wednesday, March 24th, 2021, 3:06 p.m .: In the dispute between the Toy maker Lego The Danish corporation has won a court case with dealers in other terminal blocks. The ruling could make it more difficult for cheaper alternative providers to do business, reports the dpa. The one under the name “Hero of the Stones” known Frankfurter Youtuber Thomas Panke had called for a boycott of Lego. He sees the legal process as a targeted strategy with which Lego wants to keep its competitors small.

Strategy or not Lego will probably be happy about the latest verdict. The European court ruled on Wednesday (March 24th, 2021) that the design of the building blocks is worthy of protection. The court thus conceded a decision by the Office of the European Union for Intellectual Property (EUIPO), which had declared a design for a building block to be null and void. The dispute is about whether the appearance of Legosteinen is mainly of a technical nature.

So far, courts have answered this question in the affirmative and thus made it possible for other companies – who usually offer their products to be cheaper – as well Terminal blocks manufacture and sell, announced the dpa. According to EU law, technical solutions can only be protected for a limited time in order to prevent monopolies. The ruling could mean that other providers may no longer be able to manufacture their products in the classic form because of the Lego bricks’ design worthy of protection.

First report from Tuesday, March 23rd, 2021: Frankfurt – The Frankfurter Youtuber Thomas Panke, better known as “Hero of the stones“, Railed against the large Danish company in his latest video Lego: The reason is a legal dispute that the company is currently conducting with a dealer of alternative terminal blocks. Panke suspects a brazen strategy behind this in order to force promising competitors from the market: “Lego is fed up and is kicking around like an injured animal,” he says in his video and calls for a boycott.

Specifically, it’s about Stone made GmbHwho have favourited Chinese toy manufacturer’s products Qman sells in Germany. Qman is considered to be one of Lego’s largest and most important competitors. The cheaper variant of Qman’s terminal block sets has become particularly popular in Asia. Steingemachtes GmbH imports the Qman sets from China to Europe and sells them in online shops. And that suits the Danish market leader Lego not at all, concludes the self-proclaimed “Hero of the stones“, Behind which Thomas Panke stands out Frankfurt hides. In one Youtube-Video in March he shows his solidarity with the managing director of Steingemachtes GmbH, Thorsten Klahold.

Klahold received at the beginning of the year Lego a written warning in which him as a Qman dealer Copyright Infringement be accused. Around two months later, one of his containers with a Qman delivery from China is dated from the port of Bremerhaven inch fixed. And with a similar reason: Customs have evidence of a possible Pollution of the material and on Copyright Infringement receive. For Klahold, one thing is certain: Lego, as the rights holder, has filed an application that the goods will not be released.

He is now on the “black list” of customs, which could make it difficult for him to import goods in the future. Why Klahold Lego suspected of having the container held back by customs, he explains on his YouTube channel “Johnny’s World”. Klahold sees his reputation as a dealer “massively damaged”. Should he file an objection, a long-term and expensive one is likely Litigation imminent.

Panke also suspects that this is a serious calculation by the large Danish company Legoto push a small shop off the market. With the goods that Klahold sells, the “Hero of the stones“That is on his Youtube-Kanal regularly presents the competing products for Lego, none Violations of law. Qman is known for its qualitatively equivalent terminal blocks and instead of plagiarism produces its own sets and own figures. Lego would advertise with “fair play”, but this only demands this from competitors such as BlueBrixx, CaDa, Cobi or Sembo – but without adhering to it themselves, he said Frankfurter.

“The quality of the Lego-Products have decreased significantly over time. You get less and less for your money and the sets are now so expensive that not everyone can afford them for a long time. The large Danish corporation does not at all like the fact that equivalent products are now establishing themselves at a lower price in Europe.

Had the sole patent right to the so-called terminal blocks made of plastic Lego only held until 1978. Since then, everyone has been able to produce the colorful building blocks that can be connected with studs. Even if they are 100 percent compatible with Lego building blocks. The Frankfurt Youtuber “Hero of the stones“That is in Frankfurt-Sachsenhausen runs a toy store itself, and has often experienced it firsthand.

Surface Pro 8 and Surface Laptop 4: Only one of the...

Growth and jobs out of the crisis

“Hard but fair” on the lockdown – media New virus mutation is not yet widespread in Germany, according to...