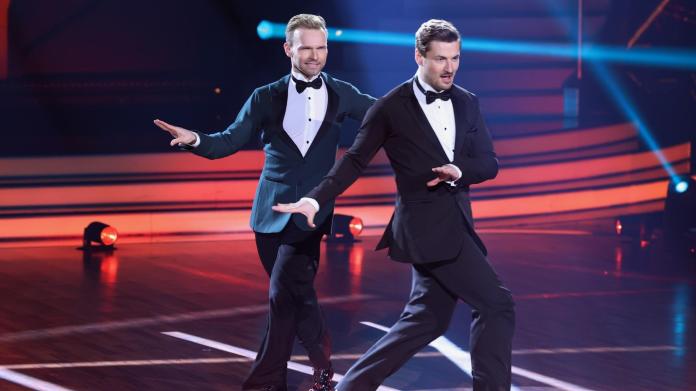 Lola Weippert thinks: “Nicolas is a heart on two legs”

He’s the one who always laughs: The first “Prince Charming” of German television, Nicolas Puschmann (29), is becoming a real team favorite. Whether during training, on the dance floor, on social media or privately: the medical device consultant takes hearts by storm. His comrades-in-arms Jan Hofer, Christina Luft and Lola Weippert reveal in the video what makes his amiable manner!

But the ex- “Prince Charming” accepts the challenge. Nicolas has been improving since show 1. First there was a solid 18 points for the Cha Cha Cha, then a good 21 points for the Tango in Show 2 and in Show 3 he won an incredible 28 points for his slow fox for “Enter Sandman” from Metallica! A success that everyone in the team apparently grants him. Not least his sensitive and emotional side, which he showed last Friday, is what makes the 29-year-old so likeable.

You can watch Nicolas’s 28-point slow fox in the video below:

Carinthian Stefanie Mayer sang her way into the Starmania semifinals in...

Daniil Medvedev does laps of honor against Filip Krajinovic tennisnet.com

The vaccine gives hope that the corona pandemic will end