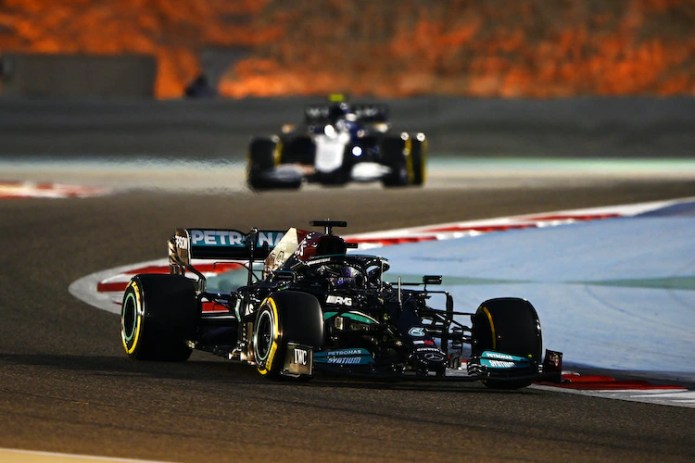 After the difficult start in the winter test drives, Mercedes was able to make progress with the W12, reports champion Lewis Hamilton. The ambitious Briton is not yet satisfied.

For Lewis Hamilton there was no best time to celebrate on the first Friday of training of the year, but the Mercedes star was able to look forward to the improvements to his racer that the world championship team was able to achieve after the three-day winter test drives. Toto Wolff’s team, which was still struggling with technical concerns and handling problems during the test, was able to make noticeable progress, as Lewis Hamilton reported after the first two hours of training.

“We worked hard and I think we made a step forward, but there is still a lot to do,” said the seven-time champion. “As a result of the cuts in aerodynamics and the new tires, the general vehicle balance has changed and in this respect we were not where we wanted to be during the test. It looks better this weekend, but it’s still not perfect, ”was the verdict of the 95-time GP winner.

The fact that the Red Bull Racing competition put in a strong performance and Max Verstappen set the fastest time in both sessions did not surprise the veteran. «We expected Red Bull to be strong and they were as quick as we expected. They are currently the front runners. But McLaren seems to be in good shape too, and it’s great that they can take another step forward, ”he analyzed.

The forecast of the weather experts, which predict a strong freshening of the wind and difficult conditions, is a cause for concern for Hamilton. “Of course this is not the best scenario for us, but yes, we will work and try to find a solution,” commented the defending champion dryly. “The stern isn’t very stable, so that’s obviously not good for us.”

Aldi has closed the branch in Essen headquarters

Whatsapp: Warning about this message! Even if they send friends

So you can take photos in ProRAW

What ETF savers need to know: Is the MSCI World really...

Soccer: Next setback for Barcelona

to 10 January: Czech Republic goes back into lockdown

Giant Ice Age Raiders: The Truth About The Direwolves – Knowledge