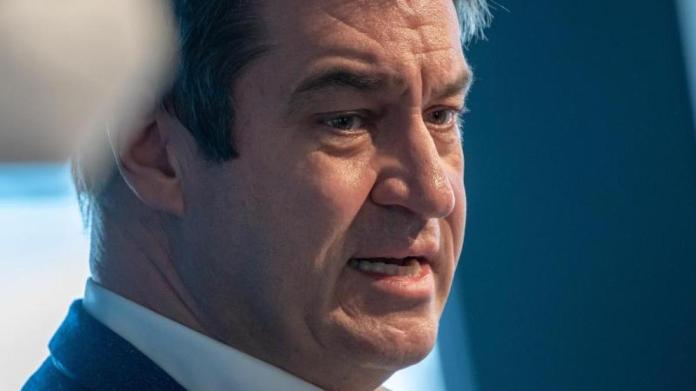 Germany “Situation is coming to a head”

Debate about exit restrictions and an imminent corona summit flared up

After the federal-state conference, there was disagreement: Kretschmann brought new talks with the Chancellery into play, Söder refused. Bavaria’s Prime Minister, on the other hand, insists on the implementation of the emergency brake.

AIn view of the further increase in the number of infections, calls for a hard lockdown and a new corona summit have grown louder over the weekend. Bavaria’s Prime Minister Markus Söder (CSU) sharply criticized the corona policy of his colleagues. “The corona situation is coming to a head, unfortunately some countries have not yet understood the seriousness of the situation,” he told the “Augsburger Allgemeine” (Monday edition). He rejected new talks between the federal and state governments on corona measures: “We don’t need new talks all the time, but the consistent implementation of the emergency brake.”

Söder demanded that the emergency brake should automatically apply everywhere in Germany if the incidence was over 100. “The patchwork quilt in the fight against corona must be ended, this includes exit restrictions such as in Bavaria and Baden-Württemberg,” he emphasized. “It is now needed in all cities and districts in Germany with an incidence of over 100.”

Baden-Württemberg’s Prime Minister Winfried Kretschmann (Greens) had on Saturday for the beginning of the week further talks between the federal and state governments about a hard lockdown, but not necessarily on a large scale. “We also have to discuss this with other countries in advance, with the Federal Chancellery. We see, the numbers are literally racing up, ”said Kretschmann on Saturday evening in Stuttgart. In the talks on Monday and Tuesday you have to “come to terms”. The next Prime Minister’s Conference with Chancellor Angela Merkel (CDU) is planned for April 12th.

“It won’t work without a sharp lockdown”

The SPD health expert Karl Lauterbach had previously called for a quick new corona summit. “We have to renegotiate again quickly,” he told the “Tagesspiegel”. “It won’t work without a sharp lockdown,” he emphasized and defended his call for nationwide curfews. “Exit restrictions from 8 p.m. for two weeks would work – we’ve seen it in France, Great Britain and Portugal.”

Federal Health Minister Jens Spahn (CDU) said on Saturday: “If we take the numbers, including the developments today, we actually need another 10 or 14 days at least to properly shut down our contacts, our mobility.”

A government spokesman said on Sunday at the request of the AFP news agency, the federal and state governments “are in a regular exchange on how to proceed in the corona pandemic”. Any appointments will be informed in good time.

The parliamentary group leader of the Left Party in the Bundestag, Dietmar Bartsch, refused to bring the conference of prime ministers forward. “A renewed MPK now sounds like a threat to many people,” Bartsch told the newspapers of the Funke media group. In the direction of the federal government, he criticized: “Valuable time is wasted on issues such as the approval and pre-ordering of Sputnik-V or vaccinations by family doctors.”

The SPD meanwhile demanded clear statements from Spahn. In this direction, the First Parliamentary Managing Director of the SPD parliamentary group, Carsten Schneider, told the “Rheinische Post”: “I do not expect any speculations from the Minister of Health about a new lockdown, but concrete proposals.”

Schneider also criticized the previous resolutions of the federal-state consultations. “The last MPK was poorly prepared by the Chancellery. Because too many compromises are made in the measures, the elimination of the Easter rest is now particularly noticeable. “

There is therefore now no compulsory test for the economy and a restriction on attendance at Easter. “In both cases, Ms. Merkel fell over in front of the lobby,” said Schneider. He demanded strict adherence to the agreed “emergency brake” from a seven-day incidence of 100.

SPD leader is for the withdrawal of the easing

In view of the increasing numbers of infections, SPD leader Saskia Esken called for the openings from March 8 to be withdrawn. The federal and state governments have agreed on clear mechanisms, she told the Handelsblatt on Sunday. “All cautious opening steps must be withdrawn with immediate effect if the incidence stably exceeds the value of 100.”

The SPD chairwoman also advocated lifting the compulsory attendance at schools where there are no Easter holidays. It is irresponsible to force pupils into school “by threat of fines who see themselves as being able to follow the distance lessons.”

After the holidays, the federal states and municipalities should offer a quick test twice a week at all schools and daycare centers. This obligation must now also apply to companies and institutions, said Esken. “Anyone who cannot work from home” should be able to test themselves twice a week.

Mallorca’s hospitality industry calls for help: “We can no longer hold...

Weather in Germany: polar vortex breaks – is the frost shock...

Fehervar beats Salzburg for the second time within 24 hours –...