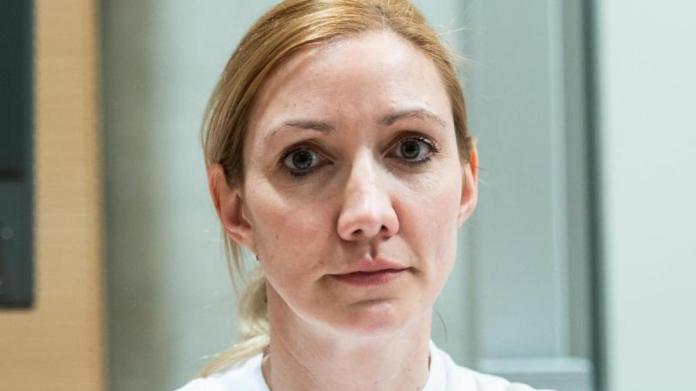 Virologist Ciesek considers tightening at Easter to be “too short”

For some, the restrictions decided at the federal-state summit go too far, for others not far enough. The virologist Sandra Ciesek does not believe in the effect of the “Easter rest” – and is visibly frustrated with politics.

Dhe Frankfurt virologist Sandra Ciesek considers the “Easter rest” decided on Monday to be too short to noticeably reduce the number of new infections. “I’m afraid that such a short shutdown, which will also be interrupted on Saturday, will not have the effect that many people might imagine or wish for,” said the director of the Institute for Medical Virology at the Frankfurt / Main University Hospital on Tuesday in the NDR -Podcast “The Coronavirus Update”.

Five days did not even include the virus incubation period. If everyone adhered to it, the chains of infection could perhaps be broken, “but I consider this to be too short to be able to see a strong effect from it”. Australia, where such a short shutdown worked well, could not be cited as an argument: there, at the time of the start, there were far fewer infections, all of which were also able to be tracked.

After more than a year of the corona pandemic, Ciesek admitted in the podcast on Tuesday that he was increasingly frustrated by politics. “I have to say that it frustrates me because it is actually known exactly what to do,” said the virologist when asked whether she still had the energy to get involved in political advice.

Of course, other factors also played a role in politics, such as the economy or education, said Ciesek. “Nevertheless, you have the feeling that this middle ground, this wanting to please everyone, that is exactly what frustrates many. That frustrates me as a scientist, but also as a private person. “

As an example of what is known to be effective and what needs to be done, Ciesek cited rapid tests in the workplace. Especially in areas where home office is not possible – for example in industry, in food production or on construction sites – “it makes a lot of sense to use testing to identify sources of infection as quickly as possible and break chains of infection”.

The Frankfurt virologist and her Berlin colleague Christian Drosten were named “University Lecturer of the Year” on Tuesday. The German University Association (DHV) presented the award, endowed with 10,000 euros, to two people for the first time. Ciesek and Drosten take turns on the weekly podcast.

No joke, but finally flat again! Samsung smartphone displays as...

It’s not that much opening: Has it collapsed? No, Merkel...