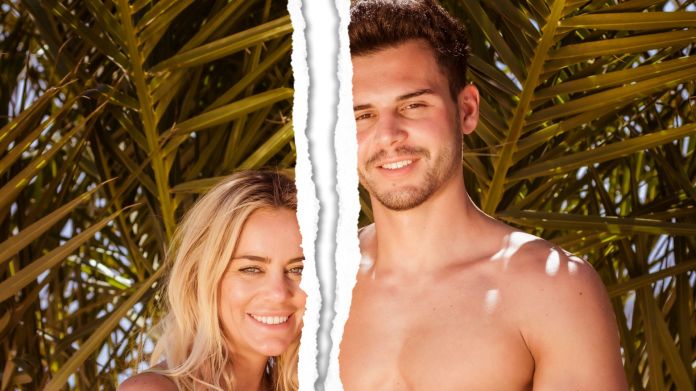 Everything from Nicole and Dennis! The blonde and the officer already kept an eye on each other at Love Island on day one – since then the two have been inseparable. In the past few days, however, the couple clashed more and more often: According to Nicole’s taste, Crush showed her too little affection – Dennis criticized that the beauty could not talk about her feelings. Now these arguments reached their dramatic climax: Nicole decoupled from Dennis!

The Stuttgart woman drew a final line in the evening. “I don’t think I can go on like this. I won’t be able to give you what you ask for. I’m sorry, “said the 29-year-old, explaining her decision against Dennis. For Nicole that was the necessary consequence of a day full of discussions and arguments – the two simply couldn’t come to a common denominator.

Dennis, on the other hand, couldn’t believe that it should actually be over: “The first two weeks here were one of the best in my life. And because of a few things and inconsistencies, you end the whole thing.” He would not have expected that his vacation flirt would crush the romance so quickly. “That hurts, that really hurts”admitted the dejected Düsseldorfer.

Switzerland: Narrow majority in favor of a ban on veiling “Nothing missed in life”: actor Peter Radtke is dead

Ford pulls Tesla through the cocoa