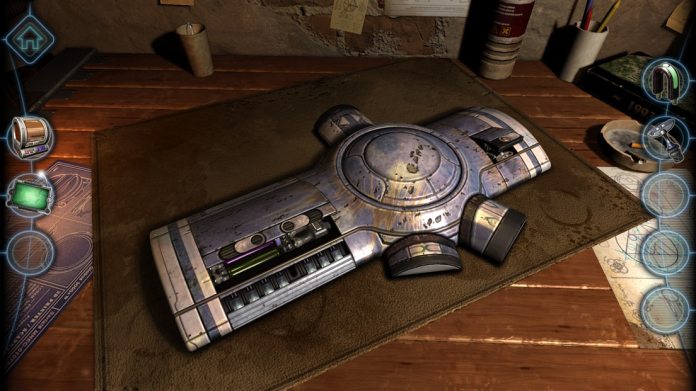 The sci-fi puzzle game Machinika Museum is out today. Inspired by old (Myst) and new (The Room) classics and developed by Littlefield Studios, Machinika Museum presents the player with mechanical puzzles in a mysterious atmosphere.

Machinika Museum is now available on Steam, with a 15% discount for one week. The game will be released on April 20th on mobile. Pre-orders start today in the iOS App Store and Android Google Play.

“Researcher”? As someone who likes to rack their brains and find out what’s behind every locked door, you’re the right person for this job. ”

Machinika Museum invites you to become a researcher in a very special place. In the distant future, it is not uncommon to find machines from alien civilizations, especially in a museum dedicated to them. Your job is to preserve these devices and understand how to fix them.

But this time something is different. You haven’t been given any information and it seems pretty urgent … What are these devices? Who sent them? Why does nobody want to give you an answer? You will have to find out for yourself what secrets and stories are hidden behind these mechanisms.

Donald Trump wants the Nobel Prize: US President poses as a...

Why Remdesivir doesn’t turn the coronavirus off completely

Coronavirus in Stuttgart: How schools and parents deal with the early...

“Harry Potter” -Jessie got pregnant after one night stand