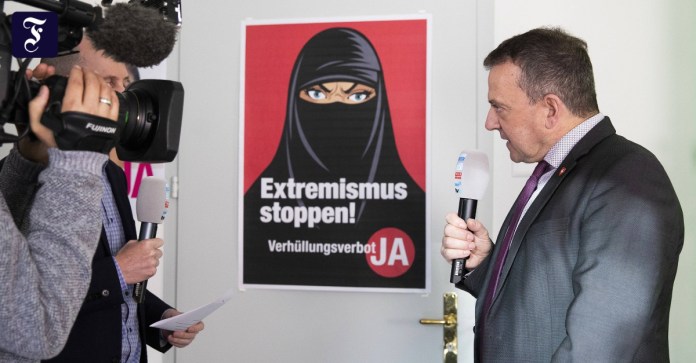 Walter Wobmann, initiator of the “Yes to the ban on veiling” initiative on Sunday in Bern
Image: dpa

A majority of the Swiss want to ban something that hardly exists in their country. This is a blow to the country’s liberality.

NAnd there is also a ban on veiling in Switzerland. The voters decided on Sunday with a wafer-thin majority that the niqab and burqa are forbidden in public. The popular initiative was more about a principle than an acute problem. Face veils are extremely rare in Switzerland.

Precisely because it is a question of symbolic politics, this decision is a blow to the country’s liberality. The yes is not just a victory for the xenophobic forces in the country who want to see a political statement in full veil and accept a restriction on religious freedom in return. They allied themselves with a number of liberals and leftists who perceive the veil as a sign of the oppression of women.

The government and parliament had presented a politically inept counter-proposal to the initiative. This not only envisaged a sanctioned obligation to lift the veil for official identification, but also a strengthening of women’s rights. This should be linked to new obligations for integration programs and development aid, as well as expanded responsibilities for the state equality offices. However, for other liberal forces who had warned against the exclusion of religious minorities, that was again too much of state interventionism.

Schoolgirl sues the Republic of mask requirements in class – Coronavirus...

Tire crashes through the windshield of a car

Prince Harry: This is said to have annoyed Oprah Winfrey

Deutsche Bank is cutting jobs in the private customer segment

Germany on the Navalny case: How the federal government reacts to...