The majority of those questioned reject the Church’s position.
© APA / HERBERT NEUBAUER

A survey has shown that a majority of the Austrians questioned reject the church’s position on the blessing of homosexual couples. The cathedral pastor Toni Faber also criticized it sharply.

The refusal of the Catholic Church to bless homosexual partnerships is met by a majority in Austria. According to a survey published by the magazine “profil”, 64 percent of Austrians do not understand the no of the Congregation for the Doctrine of the Faith in the Vatican. Sharp criticism comes from the Viennese cathedral priest Toni Faber. He announced that he would not refuse the blessing to homosexual couples. Protest from theologians is also forming in Germany and Austria.

A protest note drafted at the University of Münster has already been signed by 277 theology professors, reports Kathpress – including 46 from universities and Catholic theological faculties in Austria and South Tyrol. The deans of the faculties in Vienna, Salzburg, Graz and Linz have joined. It criticizes the fact that the Vatican Declaration lacks “theological depth, hermeneutical understanding and argumentative stringency”.

Faber will not refuse blessings to gay couples

“If I had the task of causing the greatest possible damage to the Church with two pages of text, then I would write a letter just like the Congregation for the Doctrine of the Faith has now written,” says Faber Bringing the subject up for discussion before Easter. How this letter was able to obtain papal approbation, I do not know. Perhaps it was simply hyped upon Pope Francis. ” He won’t send homosexual couples home.

Results of the survey

According to the survey carried out by Unique research (800 respondents, maximum fluctuation range 3.5 percent), only 13 percent can understand the rejection of the homosexual blessing. 21 percent say they don’t care what the church does. Three percent did not provide any information.

On March 15, the Congregation for the Doctrine of the Faith in Rome said no to the blessing of homosexual partnerships by the Catholic Church. The so-called Responsum ad dubium (answer to a doubt) states that blessings in human relationships are only possible if they serve God’s plans. Any form of blessing that recognizes homosexual partnerships is inadmissible. The Christian community is called upon to respect people with homosexual tendencies. Several bishops criticized the decree. Cardinal Christoph Schönborn from Vienna was also “not happy” about it.

Alpine skiing: Fantastic four in slalom with Liensberger right in the... 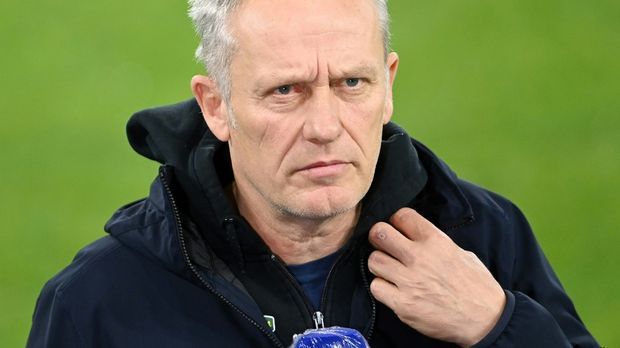 Bundesliga – Streich praises Leipzig: “Belongs to the best that Germany...

15-kilometer limit: All urban and rural districts that are threatened with...