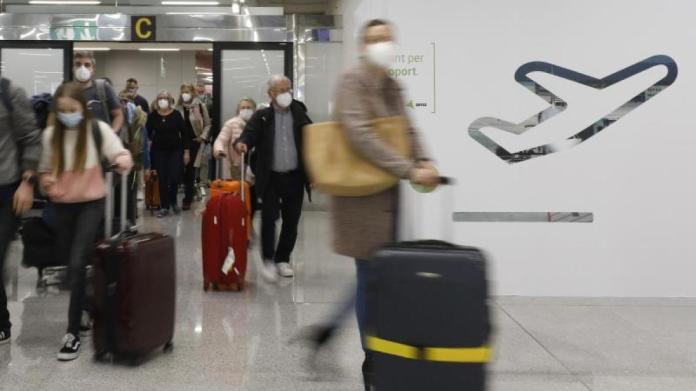 Despite urgent requests from the federal government, tourists flock to Mallorca. An airline sends four times more machines than last weekend. The incidence on the island is low – whoever does get infected will not incur any additional costs.

FROMAt the beginning of the Easter holidays, thousands of holidaymakers flew to Mallorca over the weekend despite Corona and all appeals to not travel. On Saturday, 60 aircraft from Germany arrived in the island’s capital Palma, another 70 were expected on Sunday, according to the airport.

Eurowings alone flew 44 times to the island from nine German airports on Saturday and Sunday. That is almost four times as many flights as the previous weekend with only twelve. The airline did not provide exact passenger numbers. A spokesman for the company told the German press agency on request that all flights were “quite well booked”. The flight offer is still less than 40 percent compared to the pre-Corona period.

TUI brought almost 2000 package holidaymakers with 15 planes from five German airports to the island. The flights were not fully booked and “on the same level as last weekend,” said a spokesman for the dpa.

Should German vacationers become infected, they can then spend the necessary quarantine free of charge in one of the hotels specially set up on the island for infected people. The “Mallorca-Zeitung” reported on Sunday, citing information from the regional Ministry of Health. All that is required is the European Health Insurance Card (EHIC). But if you prefer to stay in your hotel or holiday apartment, you have to pay for it yourself.

For many vacationers, the question does not arise anyway, the newspaper quoted Tui spokesman Aage Dünhaupt. The costs of their accommodation during a quarantine would be covered by additional insurance that is part of the travel package. Other tour operators would also offer similar insurance, the newspaper wrote.

Incidence in Mallorca is 28.71

The federal government removed Mallorca and the other Balearic Islands from the list of corona risk areas on March 14, after the number of new infections per 100,000 inhabitants had fallen below the limit of 50 within seven days. According to the latest calculation by the Spanish Ministry of Health, the incidence is currently 28.71.

The federal government generally advises against travel at home and abroad because it considers mobility to be a key driver of the pandemic. At the weekend, the Easter holidays began in most of the federal states. According to a report in the “Mallorca Zeitung”, the Spanish airport operator Aena expects a total of 532 flight connections to and from Germany for Mallorca Airport from March 26th to April 5th (Easter Monday). That is 51 percent less than during the Easter holidays of the last pre-pandemic year 2019.

Spain is sinking in the snow