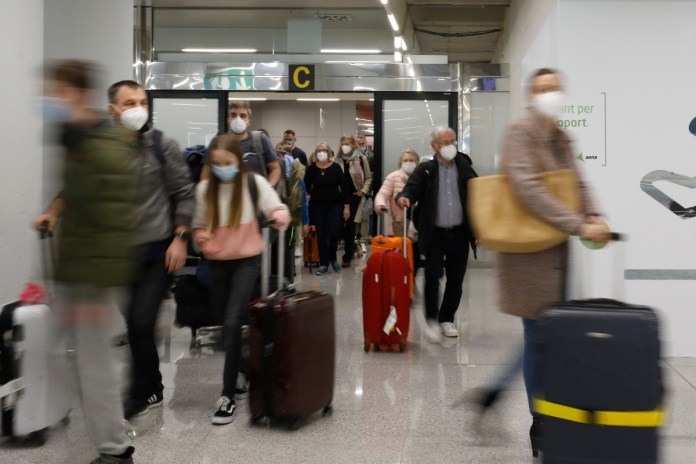 On the first day of the Easter holidays, numerous Germans flew to Mallorca and landed at Palma airport.

Mallorca – On the first day of the Easter holidays, the airport is from Mallorca awakened from months of slumber. Around 60 aircraft from 12 German cities were expected on the Germans’ favorite holiday island on Saturday alone, and there should be 532 flight connections to and from Germany by Easter Monday.

The urgent request of the federal government to stay at home because of the corona pandemic apparently could not dampen the desire to travel.

“I haven’t been out for a year and a half. It feels like being in prison,” says Abdul Naser from Baden-Württemberg.

He already feels a bit nervous about being infected. “But it’s no different in Germany.”

The federal government removed the Germans’ favorite island from the list of corona risk areas on March 14.

The move was made because the number of new infections there had fallen below 50 per 100,000 inhabitants within seven days.

This also eliminates the quarantine and, initially, the obligation to test when returning to Germany.

When bookings rose sharply, the federal government issued an urgent warning against vacation trips to the Mediterranean island. In addition, compulsory testing from Tuesday was ordered for all those arriving from abroad.

This also applies to travelers who do not come from a risk area, including those returning from Mallorca. This mandatory test should initially apply up to and including May 12th.

In front of the airport on Saturday taxi drivers waited longingly to finally have customers again. Car rental companies tried to intercept the travelers right at the exit.

Many vacationers, however, were also brought to their hotels by bus. The island is extremely dependent on tourism. Before the corona pandemic, the industry contributed 35 percent to regional income. Now poverty threatens.

Skier on the rise – Camille Rast: “My career starts now”...

Paul Walker: Daughter Meadow remembers her father on the day she...