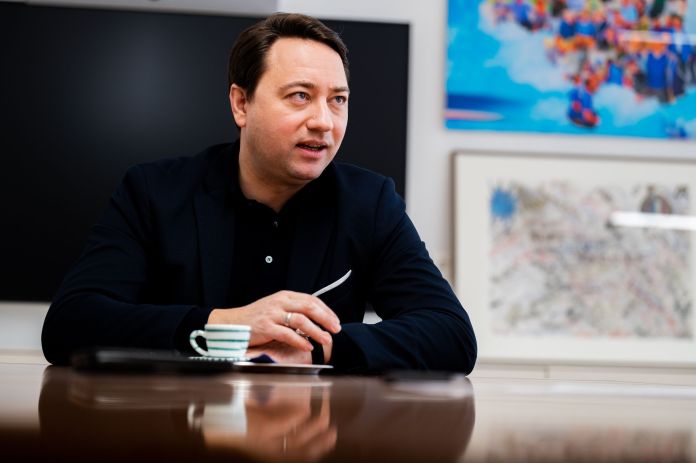 Upper Austria’s FPÖ boss Manfred Haimbuchner, who had to be artificially ventilated with Corona in the intensive care unit, is breathing independently again.

FPÖ state party chairman and deputy governor Manfred Haimbuchner, who was infected with the coronavirus, was transferred to intensive care at the Kepler University Hospital in the city of Linz on March 18 due to the course of his infection. “Artificial respiration is currently being used,” his party announced in a broadcast. The 42-year-old went to the hospital Thursday morning on the advice of his doctor.

First it was said that it was “a medical precautionary measure due to the course of his corona infection”. The politician’s condition is likely to have deteriorated rapidly, and that evening he was transferred to the hospital’s intensive care unit. On Sunday the “Kronen Zeitung” reports that Haimbuchner no longer needs artificial ventilation since Saturday. “But it has not yet been definitively determined whether this can be maintained,” it says.

I want to see his wife

Haimbuchner is said to have expressed a wish to see his wife, the report said. In the course of contact tracing after Haimbuchner’s corona infection, it became known that the politician was said to have been to a so-called baby shower with several people in his home town of Steinhaus just two days before the positive test. The FPÖ Upper Austria announced that “the visit to a stork celebration” by Haimbuchner was not related to his corona infection according to current knowledge.

Last minute to Switzerland – dozens of British flights landed in...

Werder Bremen: Apprenticeship in Wolfsburg! What Manuel Mbom has to...