The Peruvian Nobel Prize Laureate Mario Vargas Llosa celebrates his 85th birthday today. He is still active. In 2020 his novel “Hard Years” was published, in which he masterfully interweaves real Central American history with fictional events.

It has been almost 60 years since the author, who was born in Arequipa in southern Peru, made a big splash in 1962 with the novel “The City and the Dogs” (1966). He was one of the protagonists of the “boom literature” of several Latin American authors who achieved world fame with their books. All the other authors of this generation such as Gabriel Garcia Marquez (Colombia), Carlos Fuentes (Mexico), Octavio Paz (Mexico) and Julio Cortazar (Argentina) have long been dead. Vargas Llosa, once the youngest among them, continues to write. He has lived in Madrid for many years and is also a Spanish citizen.

The work of the great writer encompassed an increasingly broad spectrum over the years, even if most critics find that his early novels such as “The City and the Dogs”, “The Green House” (German 1968) and “Conversation in the Cathedral “(German 1976) were his best. A great success in later years was “The Goat Festival” (2000, German 2001), the novel about the life and death of the Dominican dictator Rafael Leonidas Trujillo.

In autumn 2010 the Swedish Academy awarded Vargas Llosa the Nobel Prize for Literature. Twenty years earlier, the author, who sees himself as a political writer, once tried his hand at being a politician. In 1990 he ran for president in Peru, but was defeated in the runoff election to Alberto Fujimori.

He mostly disseminates his political views in columns and essays. With his radical liberal positions he became an outsider in the left-wing Latin American intellectual guild. In Spain he took sides against the Catalan separatists and appeared as a speaker at a rally in his former adopted home of Barcelona in 2017. In 2019, with the collection of essays “The Call of the Horde”, he presented a plea for liberalism, an “intellectual autobiography” as he called it.

Most recently, he was reportedly working on an essay on the Spanish writer Benito Perez Galdos (1843–1920). Pension at 85 is not an issue for the master. “May death catch me while I am writing my best book. This is my big dream, ”he once said in an interview with the Spanish newspaper“ El Pais ”.

“The maximum in every race”: Schumi is and remains the best... 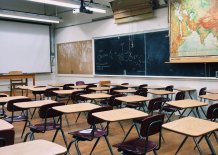 Coronavirus: Many ambiguities about the school openings after the lockdown

Breakthrough with a new instrument – astronomers get a detailed look...

Earnings decline in 2020: Allianz shares firmer before the IPO: stable...

Pursuit at the 2021 Biathlon World Cup: German women miss the...